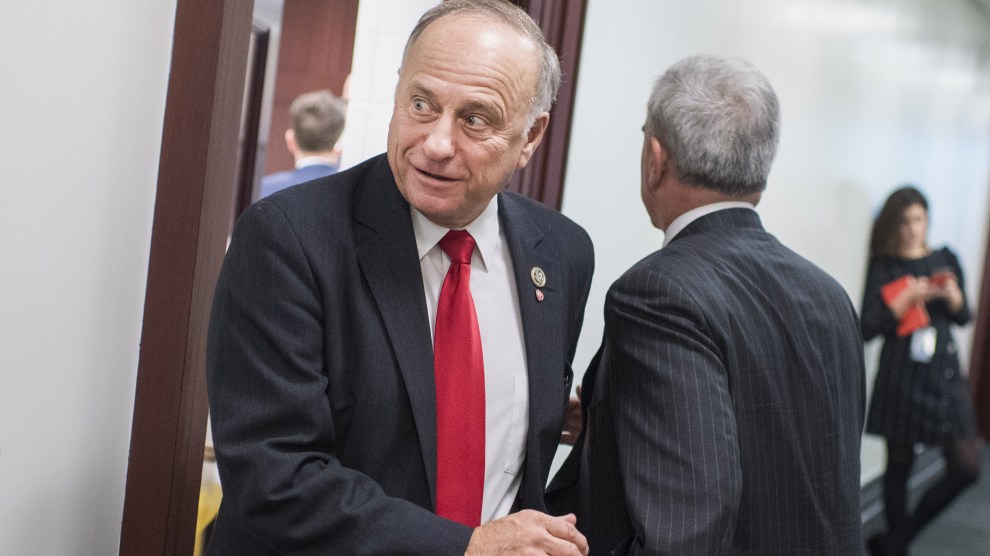 The twisted logic of the most extreme elements of the anti-abortion movement just got even more absurd. Laws restricting abortion access should not have exceptions for rape and incest, says Rep. Steve King (R-Iowa), because throughout history, many people have been born as a result of rape and incest—including, perhaps, himself.

“What if we went back through all the family trees and just pulled those people out that were products of rape and incest, would there be any population in the world left if we did that?” King said at a Westside Conservative Club meeting in Urbandale, Iowa, on Wednesday, according to the Des Moines Register. “Considering all the wars and all the rape and pillage that’s taken place…I know I can’t certify that I’m not part of the product of that.”

King has a history of making offensive statements about immigrants, Muslims, and transgender people. In January, he was removed from the House Judiciary and Agriculture committees for telling the New York Times, “White nationalist, white supremacist, Western civilization—how did that language become offensive? Why did I sit in classes teaching me about the merits of our history and our civilization?” Even Senate Majority Leader Mitch McConnell (R-Ky.) suggested he resign.

On Wednesday, he asserted that women who conceive as a result of rape and incest should be forced to carry the pregnancy to term, “because it’s not the baby’s fault.”

“I’d like to think every one of the lives of us are as precious as any other life,” he said. “And that’s our measure. Human life cannot be measured. It is the measure itself against which all things are weighed.”