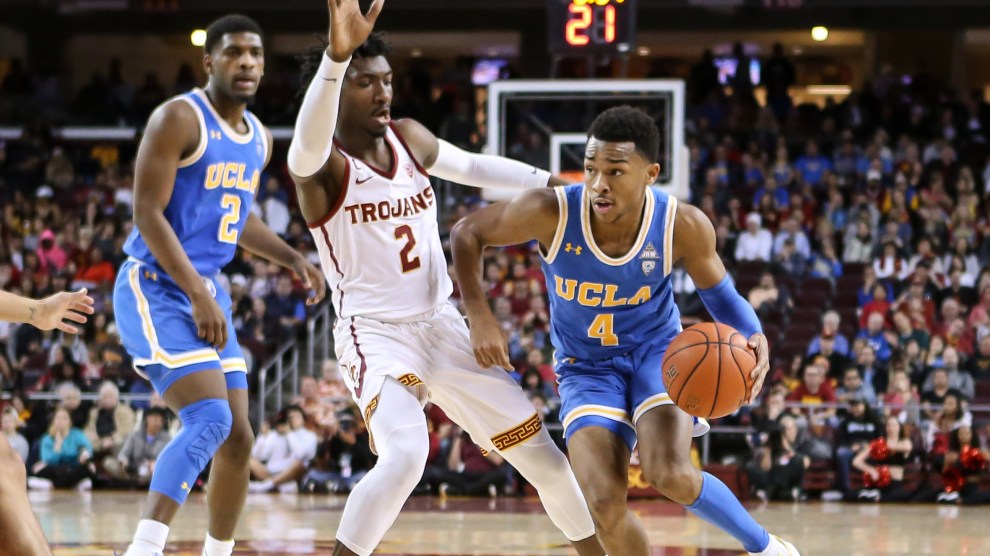 California’s college athletes will soon be able to profit from the use of their names, images, and likenesses, thanks to a bill signed into law by Gov. Gavin Newsom on Friday.

Professional athletes such as LeBron James have supported the bill, saying professional endorsements fairly compensate college players for their work, the Los Angeles Times reported. The National Collegiate Athletic Association (NCAA) however, has argued that the bill will unfairly benefit athletes in California over those in other states.

“It’s going to change college sports for the better by having now the interest finally of the athletes on par with the interests of the institution,” Newsom said on an episode of UNINTERRUPTED’S talk show The Shop, which was filmed on Friday and aired on Monday, according to the Los Angeles Times. “Now we are rebalancing that power.”

NCAA athletes are currently prohibited from profiting from their sports. Beginning in 2023, the bill, which was passed unanimously by California’s state legislature, will prohibit the NCAA from barring universities from competition if their players make money through endorsements.

Similar legislation has been introduced in New York, and Newsom has said he expects other states to follow suit.