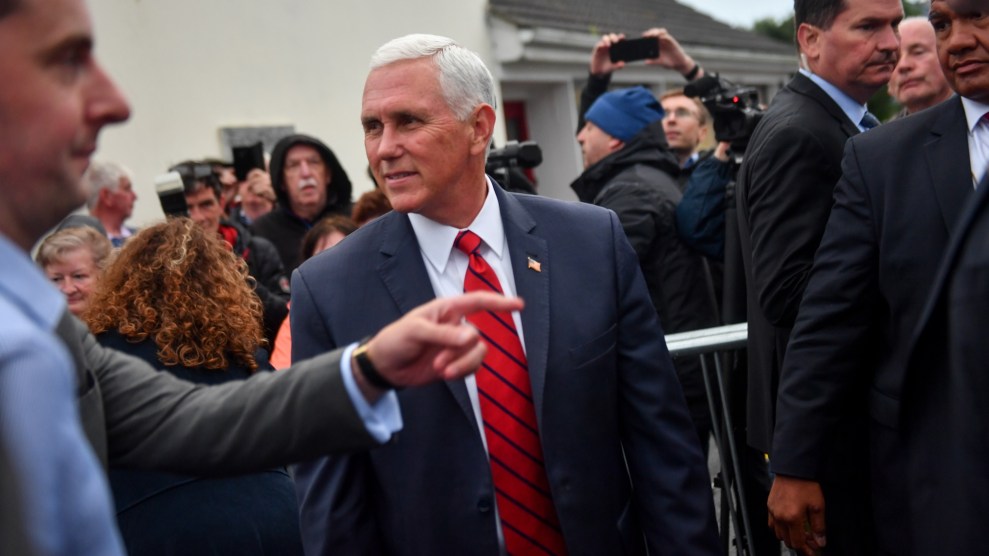 The House Oversight and Judiciary committees have launched inquiries into efforts by President Donald Trump, Vice President Mike Pence and others to spend taxpayer funds at properties that Trump owns—a move the lawmakers say is part of their broader investigation into corruption by the administration.

The Oversight Committee sent letters Thursday to the White House, the vice president’s office, the Secret Service, and the Trump Organization requesting documents related to Pence’s stay earlier this week at the Trump International Golf Links and Hotel in Doonbeg, Ireland. The Trump property is about 180 miles from Dublin, where Pence had meetings. Pence claimed that he went to Doonbeg because he had ancestors there and that Trump’s club could easily accommodate his security detail. But Pence’s office admitted, amid conflicting claims, that Trump suggested the vice president stay there. The committee wants to know the cost of the stay. Trump’s June visit to the property cost around $3.6 million, the Government Accountability Office found.

“The Committee does not believe that US taxpayer funds should be used to personally enrich President Trump, his family, and his companies,” wrote Rep. Elijah Cummings (D-Md.), who chairs the Oversight Committee.

Democrats say these efforts to secure both US and foreign government spending at properties that Trump refused to divest from after his election are wasteful and may be illegal. Trump’s efforts to host the G7 at Doral may violate Constitutional bans on the president receiving extra compensation during his tenure or accepting “emoluments,” including money, from foreign states.

The lawmakers noted that they are looking into alleged obstruction of justice and “public corruption” by Trump and others.“Potential violations of the Foreign and Domestic Emoluments Clauses of the Constitution are of grave concern to the Committee as it considers whether to recommend articles of impeachment,” Nadler and Cohen wrote.

The letters come as the Judiciary and Oversight committees are fighting against a Trump Administration policy of blanket resistance to government oversight. The slow pace of investigations, and Democrats’ reluctance to expand the number of Trump scandals they are investigating, has frustrated many Trump critics. The inquiries Thursday may signal Democrats are adopting a more aggressive posture.