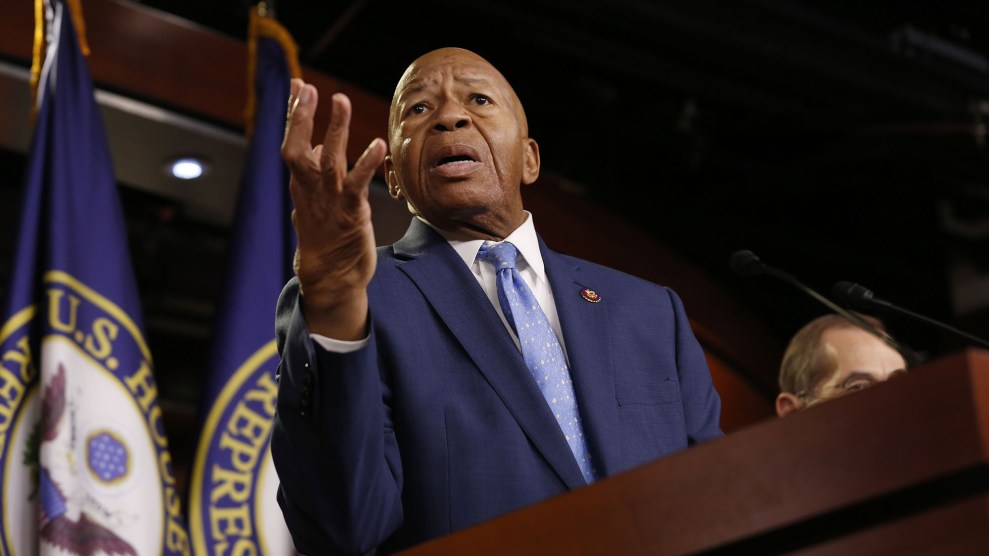 Three top congressional Democrats announced Tuesday that they are giving the White House two days to turn over documents related to President Donald Trump’s reported efforts to coerce the president of Ukraine into helping him dig up dirt on former Vice President Joe Biden. The move comes amid growing support among House Democrats for an impeachment inquiry.

“Our Committees have a constitutional duty to serve as an independent check on the Executive Branch and to determine the facts regarding the actions of the President,” Reps. Adam Schiff of California, Elijah Cummings of Maryland, and Eliot Engel of New York—the heads of the Intelligence, Oversight, and Foreign Affairs committees, respectively—wrote in a letter to White House counsel Pat Cipollone. “Any attempt by a President to use the office of the presidency of the United States for personal political gain—rather than the national interest—fundamentally undermines our sovereignty, democracy, and the Constitution.”

According to media reports, Trump may have done just that: tried to enlist another country’s president to investigate a political rival, perhaps by withholding foreign aide. The growing scandal exploded into public view last week in news accounts about a whistleblower complaint regarding the controversy. By law, the administration is likely required to turn that complaint over to Congress, but so far the White House and the Justice Department have refused to do so.

This is the second time that the three Democratic chairmen have demanded documents pertaining to the Ukraine affair. The first request came in a letter on September 9 and gave the White House a seven-day window, which the administration ignored. The requests include a demand for the transcript of a July 25 call between Trump and Ukrainian President Volodymyr Zelensky and records involving aid to Ukraine and about the president’s personal attorney, Rudy Giuliani, who has publicly acknowledged his role in pressing for a Ukrainian investigation of Biden.

The White House is used to stonewalling congressional Democrats, who have requested, but not received, the president’s tax returns and other financial records. The White House has also blocked numerous individuals from testifying before Congress, often using dubious legal arguments. Tuesday’s letter doesn’t say what the three chairmen are prepared to do if the documents are again not turned over. It simply states that failure to comply “will compel our Committees to resort to escalated measures.” If the House does ultimately move forward with impeachment, a refusal to turn over information to congressional investigators will likely be part of the case for impeachment.