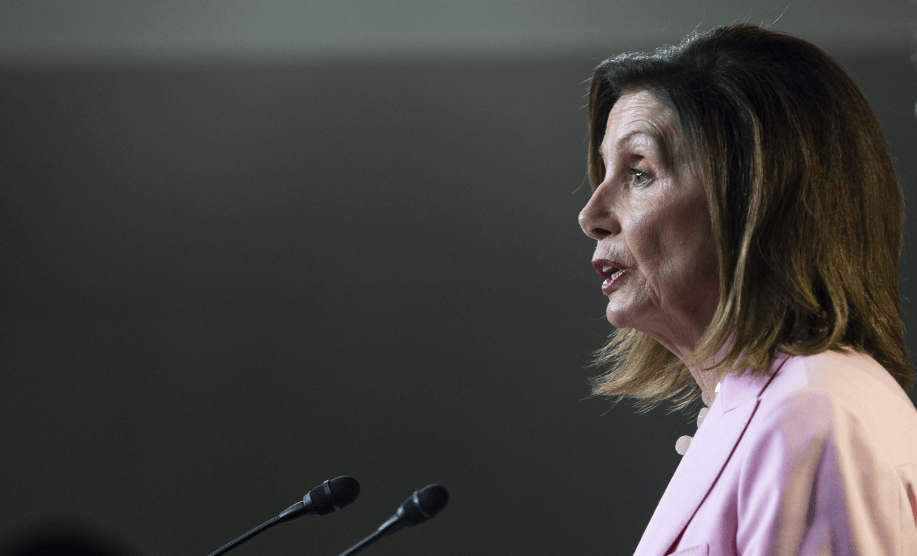 She may not be completely sold yet, but House Speaker Nancy Pelosi appears to finally be reassessing her longheld resistance to opening an impeachment inquiry into President Donald Trump amid the fast-unfolding Ukraine scandal.

“We will have no choice,” she told CNN late Monday on the inevitability of an impeachment investigation, as contemporaneous reports revealed the top Democrat spent the weekend discussing the issue with caucus leaders, including House Judiciary Committee Chair Jerry Nadler.

The shift follows growing calls among Democrats, including moderate and first-term lawmakers once reluctant to throw in their lot with the “impeach this motherfucker” caucus, to begin the process after numerous reports revealed the president’s efforts to pressure Ukraine into investigating debunked accusations of corruption into his 2020 rival, Joe Biden. Those efforts are reportedly the basis of a whistleblower’s complaint now at the center of a bitter showdown between Democrats and the Trump administration, as acting Director of National Intelligence Joseph Maguire has so far refused to reveal more information into the explosive complaint.

“If these allegations are true, we believe these actions represent an impeachable offense,” seven freshman Democrats wrote in the Washington Post on Monday. “We do not arrive at this conclusion lightly, and we call on our colleagues in Congress to consider the use of all congressional authorities available to us, including the power of “inherent contempt” and impeachment hearings, to address these new allegations, find the truth and protect our national security.”

Trump has openly admitted to a July phone call with the Ukrainian president, Volodymyr Zelensky, during which the two leaders discussed Biden. After insisting that there was “no quid quo pro” raised in their conversation, Trump on Monday appeared to reverse course, hinting that he indeed may have threatened to withhold military aid to Ukraine over his demands for a Biden probe.  “Why would you give money to a country that you think is corrupt?” he told reporters at the United Nations General Assembly. Hours later, the Washington Post reported that the president directed his staff to withhold $391 million in the lead up to the now-infamous July phone call.

House Democrats are scheduled to meet on Tuesday to discuss impeachment.