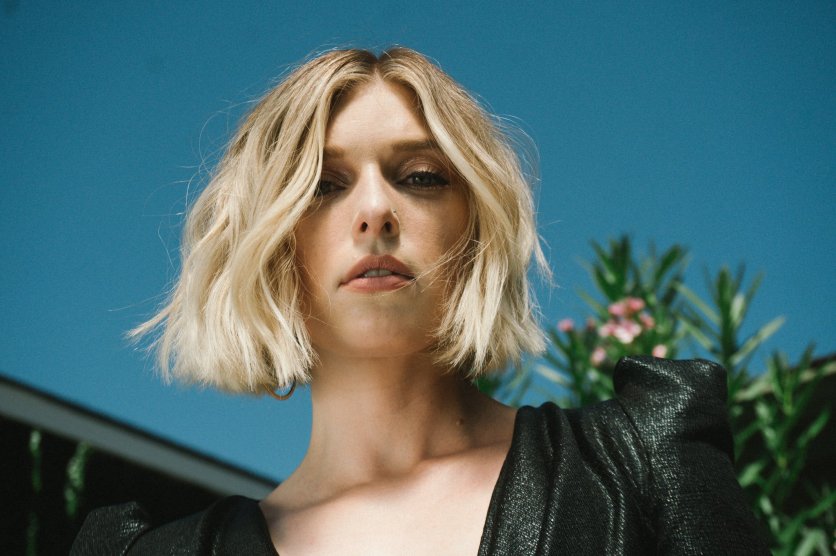 If there’s one thing Vérité—née Kesley Byrne—knows, it’s hard work. The independent artist (and former Times Square Applebee’s waitress) has worked since 2014 to release music on her own terms, own time, and with her own vision—documenting the ups and downs of traversing the music industry as a fully independent artist to a small, yet devout, following of more than 100,000 social media followers across Instagram, Facebook, and Twitter. The millions of streams from her fans have allowed her both to tour as a solo artist and to support large acts like X Ambassadors. Something’s connecting.

That something isn’t just anything, however; it’s the heart and soul of who Byrne has been since she released Echo EP in 2014: inhibited vulnerability. As I wrote in May after the release of the first single off her upcoming sophomore album new skin:

In her 2016 cover of The 1975’s “Somebody Else,” for example, she unleashed a desire which was intended in the original, but completely missing there. It’s a letting go of  “Control,” the ability to own and express her deepest emotions—sometimes contradictory, sometimes brutal, sometimes tragic—that set Byrne apart from her alt-pop peers.

In her first new release since then, “gone” delivers on everything she was before and more…And just as the narrative turns for the worse, the production ramps, tinged with rage and regret. “Leave the clothes and mess we made up all on the floor,” she sings, “cause when we put them on we’re not in love anymore.”

Byrne has always projected a fearless connection to her emotion and experiences and tied that to her words and production. But after a solid debut with Somewhere in Between, it was only realistic to fear that new skin wouldn’t live up to the reputation Byrne had built as a connoisseur of emotion and vulnerability.

No need to worry. Byrne has dropped four singles so far from the upcoming album: “gone,” “youth,” “ocean,” and now, “good for it.” With each track, her voice becomes a bit more sure of itself—even when delivering the self doubt of lyrics like “I wanna be everything I promised when I swore I was honestly” and “Is the best better without you?” The production behind the tracks is simpler than those of her past, relying on the clear sound of keys and guitar instead of the synthy reverb that was at times distracting on Somewhere in Between.

Each song is built upon Byrne’s established strengths and sounds, but the tracks are also an indication of what’s to come when the full album drops on October 25: her strongest and most complex work yet.