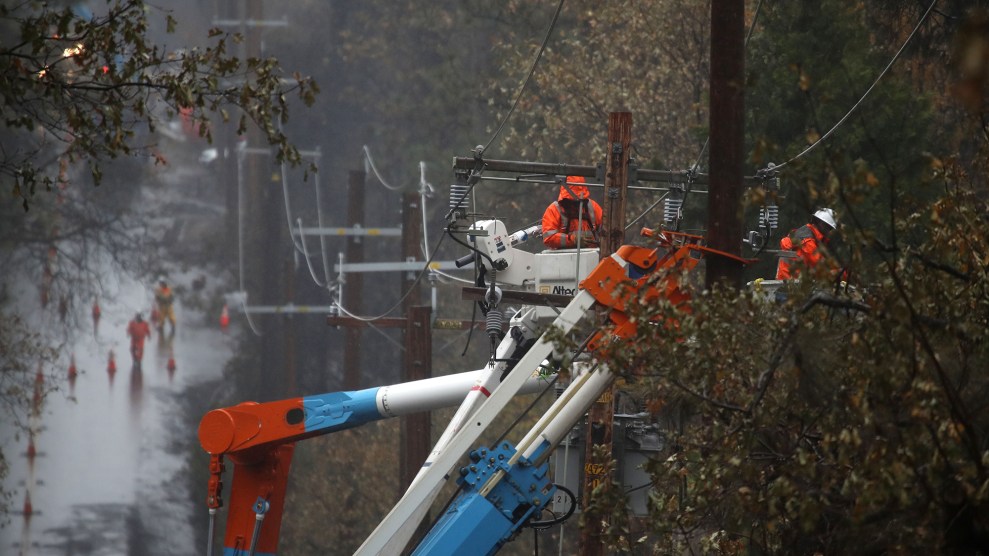 California Gov. Gavin Newsom put California public utility Pacific Gas & Electric on blast Thursday while the company worked to slowly restore power to the more than one million people affected by its planned blackouts. Strong wind forecasts during hot, dry weather—ideal conditions for the wildfires that have plagued the state in recent years—prompted PG&E to preemptively cut electricity across Central and Northern California. Though climate change certainly at play in the uptick in powerful wildfires, Newsom primarily cast blame on the utility company for poor management that he says has left California with a “false choice…between public safety and hardship.”

“This is not from my perspective a climate change story as much as it is a story about greed and mismanagement over the course of decades,” Newsom said. “[It is about] neglect, and a desire to protect not public safety but profits.”

“This is a story about greed and mismanagement over the course of decades.” – Governor @gavinnewsom today while working closely with @Cal_OES & other state agencies on the PG&E #poweroutage. pic.twitter.com/WHUbijUO4v

Despite the tough talk, California lawmakers have protected PG&E to some extent. Last year, then-Governor Jerry Brown signed a bill many considered to be a “bailout” that could allow the utility to recover some of its liability costs from 2017 wildfires by ultimately charging customers on their monthly bills.

In a press conference in Sacramento, Newsom said that PG&E neglected to improve and maintain the electric grid for decades, which led to the devastating Camp and Woolsey fires in Northern and Southern California in 2018 and ultimately bankrupted the company.

“What has occurred in the last 48 hours is unacceptable,” Newsom said. “Parents who can’t bathe their kids, folks that come home from work and can’t even find a way to get into their garage; you’ve got people who can’t even access water or medical supplies. We’re seeing a scale and scope of something that no state in the 21st century should experience.”