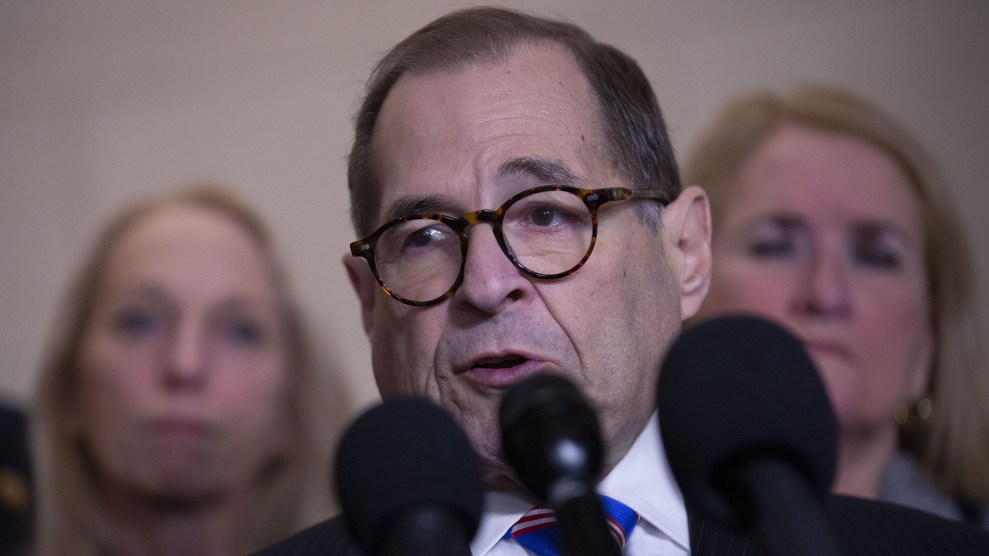 It’s going to be another busy and consequential week in Washington, DC, as Democrats move forward with impeaching President Donald Trump over, among other potential charges, his withholding of US military aid to Ukraine in exchange for an announcement of an investigation into Vice President Joe Biden’s son.

On Monday, the House Judiciary Committee will receive additional evidence from the House Intelligence Committee. House Judiciary Chairman Jerry Nadler, (D-N.Y.) whose committee will lead the drafting of articles of impeachment to eventually be voted on by the full House of Representatives, said Sunday morning on CNN that even though the committee was interested in new information that the facts that have emerged are straightforward.

“We have to consider the evidence which shows overwhelmingly that the president put his own personal interests above the interests of his country—and the evidence is virtually uncontested,” Nadler told CNN’s Dana Bash on Sunday morning.

On Saturday, Nadler’s committee released a 55-page report analyzing various aspects of the current impeachment process and their historic roots in constitutional law. The report, which you can read below, covers the purpose of impeachment, its relationship to criminality, and how attempted misconduct is just as relevant as completed misconduct.