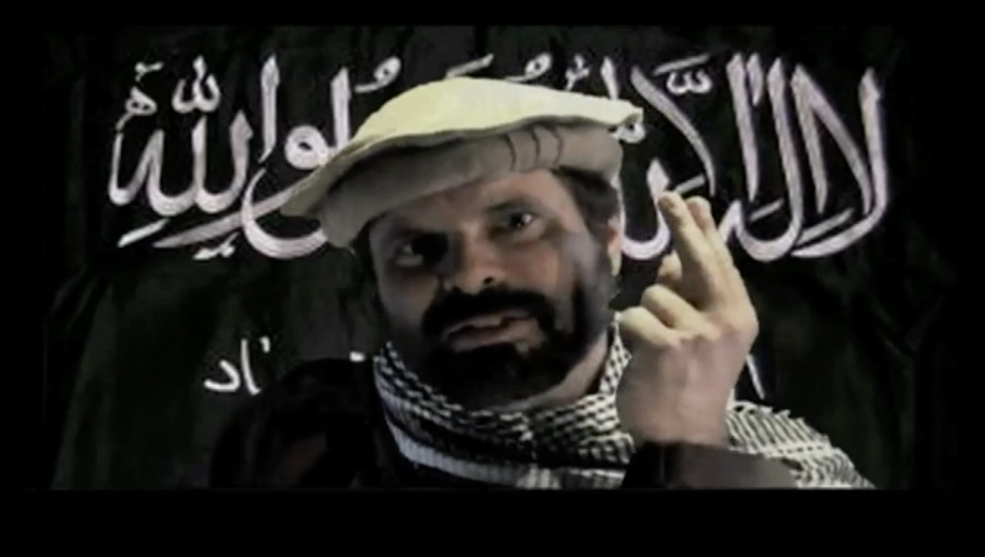 The Trump administration has made Frank Wuco, a conspiracy theorist who suggested dropping nuclear bombs on Afghanistan, a senior State Department adviser on arms control issues. Now, emails obtained by Mother Jones reveal another perverse twist in Wuco’s work for the administration: Wuco, who has a long history of Islamophobic remarks and a habit of role-playing as a jihadist, was one of two Department of Homeland Security officials tasked with coordinating a now-infamous 2018 report linking immigration and terrorism—a report so filled with errors and anti-Muslim bias that it’s the subject of an ongoing lawsuit.

In early 2018, as part of the second travel ban targeting mostly majority-Muslim countries, President Donald Trump asked DHS and Department of Justice to prepare a report on terrorist activity by foreign nationals. Emails received through a public records request show that Wuco was one of two DHS officials managing the department’s effort to fulfill Trump’s request. When DHS and DOJ jointly released the terrorism report in January 2018, it was so misleading that watchdog groups took the rare step of suing the Trump administration for violating a law designed to prevent the government from providing false information to the public.

Before joining the Trump administration in 2017, Wuco portrayed Islam as a fundamentally violent religion whose adherents were determined to conquer the West. He had a radio show with a recurring feature called “Ask the Jihadist,” in which he pretended to be a terrorist named “Fuad Wasul” and adopted a fake accent. In a video promoting the character, Wuco wore a keffiyeh and railed against “Americans devils,” shouting in broken English, “We’re make jihad for Allah!” On his radio show, Wuco—as himself—said he wanted to put a bullet “right between” Wasul’s eyes.

In 2017, I reported that Wuco was in charge of implementing actions required by Trump’s executive orders for DHS. The newly obtained emails, from August and September 2017, show him serving in a project management role on the terrorism report, working with officials from DHS and the Justice Department to prepare the report. In August 2017, Gene Hamilton, then a senior adviser at DHS, wrote in an email that Wuco and another member of the department’s Executive Order Task Force would “have the lead on coordinating the DHS response” to the terrorism report. (The second person’s name was redacted by DHS, and the department’s press office did not respond to a request to identify the person.) Wuco wrote back to Hamilton that he looked forward to Hamilton’s input on what should be included in the report. Hamilton, now at the Justice Department, is a close ally of Stephen Miller, the White House immigration adviser who promoted white nationalist tropes in emails obtained by the Southern Poverty Law Center. After seeing what was described as a near-final version of the report, Wuco wrote, “Fantastic work.”

The main finding of the 2018 report was that 73 percent of people convicted on charges related to international terrorism were born outside the United States. The administration arrived at such a lopsided figure by excluding acts of domestic terrorism, which are far more likely to be committed by people born in the United States. Trump ignored that distinction, tweeting that the report showed that nearly three in four people convicted of terrorism-related charges were born abroad. Trump tied the report to immigration policy, arguing that it showed that Congress should limit people’s ability to bring relatives to the United States.

Another section of the report stated that “aliens” were convicted of 69,929 sex offenses between 2003 and 2009. In fact, that number referred to arrests, not convictions, and to the period between 1955 and 2010—a timespan nearly 10 times longer than the report suggested. The report also relied on an unpublished study to suggest that about 25 honor killings occur in the United States each year, failing to note that the author of the study had admitted that his methodology was “not terribly scientific.” The eight “illustrative examples” of terrorism included in the report all featured people who appeared to be Muslim.

In an unusual move, the nonprofit groups Democracy Forward and Muslim Advocates asked the Trump administration to retract the report on the grounds that it violated the Information Quality Act, an obscure statute that directs the government to provide accurate and unbiased information. In February 2018, the watchdog group Protect Democracy, along with the Brennan Center for Justice and individual experts, submitted a similar petition before suing the government to force a retraction or corrections.

In December 2018, the Justice Department refused to do so. Michael Allen, a deputy assistant attorney general, called the hugely inflated number of sex offenses a “mere editorial” error that the Information Quality Act does not require the government to correct. In a rare concession, Allen acknowledged that the report “could be criticized by some readers, consistent with some of the concerns presented” by Protect Democracy. The Justice Department, he added, “can strive to minimize the potential for misinterpretation” in future reports.

In his past life as a radio personality, Wuco promoted a number of conspiracy theories, ranging from birtherism to the idea that John Brennan, who led the CIA during the Barack Obama administration, had converted to Islam. His blog, which featured a joke about a terrorist “pickin’ up ho’s,” was jarringly sophomoric for a Navy veteran who fashioned himself as an expert in military intelligence—a reputation he often undermined. In 2011, after a right-wing terrorist killed 77 people in Norway, Wuco admitted that he mistakenly assumed the shooter was Muslim. The next year, Wuco falsely insinuated that a Muslim was responsible for the mass shooting at an Aurora, Colorado, movie theater.

Last week, the Washington Post reported that Wuco has been at his new arms control job at the State Department since at least August. The State Department has not responded to multiple requests to explain what Wuco is doing as a senior adviser at its Bureau of Arms Control, Verification and Compliance, which, among other responsibilities, oversees the country’s Nuclear Risk Reduction Center.

As a private citizen, Wuco suggested in 2016 that the United States should have dropped nuclear weapons on Afghanistan the day after 9/11. He also delighted in the deaths of enemy combatants, writing in 2010 after dozens of members of the Taliban were killed: “This ladies and gentlemen is what we call…a WARGASM! It is that feeling of ecstasy that courses through the veins and nervous system of every red-blooded, patriotic American when our fighting forces rain down death and destruction upon our enemies.”