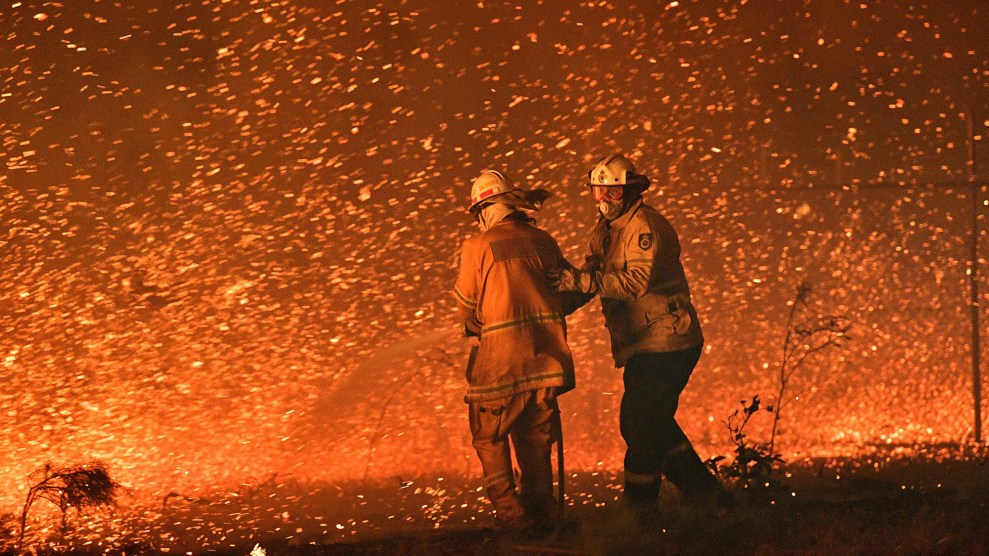 Firefighters struggling against the strong wind to secure houses near the town of Nowra in the Australian state of New South Wales on December 31, 2019.Saeed Khan/AFP via Getty Images

Australia launched its largest military operation since World War II this weekend, not against a human enemy but to combat the bushfire crisis sweeping the country. Thus far, 23 people have died as 140 blazes have devoured more over 12 million acres.

To combat the fires, which are only expected to get worse as Australia endures high temperatures and windy conditions, the government is mobilizing 3,000 army reservists, aircraft, and naval ships to help evacuations and fight fires, the New York Times reported Saturday. “It is the first time that reserves have been called out in this way in living memory,” Defense Minister Linda Reynolds said. The conflagrations now and in the future are expected to worsen due to climate change.

Batemans Bay residents are now evacuating to the beach, these are the scene captured a short time ago.

Here are more images of the relief efforts and devastation in Australia.