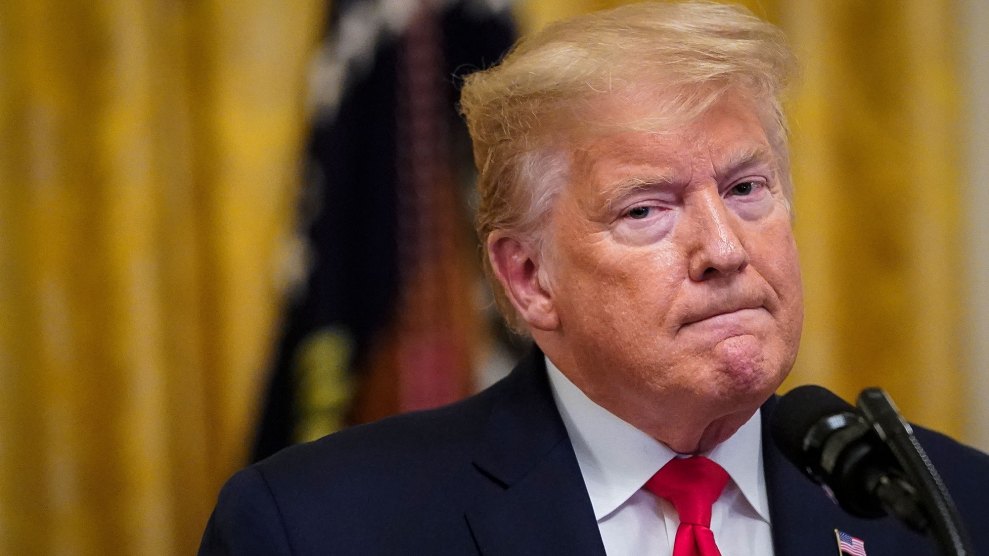 Two days ago, NPR reporter Mary Louise Kelly revealed that Secretary of State Mike Pompeo had berated her with expletives after she asked him about the Ukraine scandal. Today, President Donald Trump chimed in—by appearing to threaten to cut off NPR’s federal funding.

Trump retweeted a comment from right-wing radio host Mark Levin, who had highlighted a Fox News story about the Pompeo controversy and asked: “Why does NPR still exist? We have thousands of radio stations in the U.S. Plus Satellite radio. Podcasts. Why are we paying for this big-government, Democrat Party propaganda operation.” Trump added that Levin’s tweet raised a “very good question!”

Conservatives complaining about NPR’s government funding is nothing new. In his budget proposals, Trump has repeatedly signaled a desire to eliminate funding for the Corporation for Public Broadcasting, which distributes government funds to public TV and radio stations. So far, that hasn’t happened.

It’s also important to note that only a small portion of NPR’s funding actually comes from tax dollars. According to its latest financial report, just 1 percent of its annual operating budget consists of “grants from Corporation for Public Broadcasting and federal agencies and departments.” Most of its funding comes from corporate sponsorships and dues paid by member stations across the country. Those member stations in turn receive about 12 percent of their funding from the CPB and other federal, state, and local government sources. Some stations also receive money from colleges and universities.

Still, if Trump did decide to retaliate against NPR because of its coverage of his administration, he could do some serious damage—at least if he can convince Congress to go along. “Elimination of federal funding would result in fewer programs, less journalism—especially local journalism—and eventually the loss of public radio stations, particularly in rural and economically distressed communities,” NPR notes on its website.