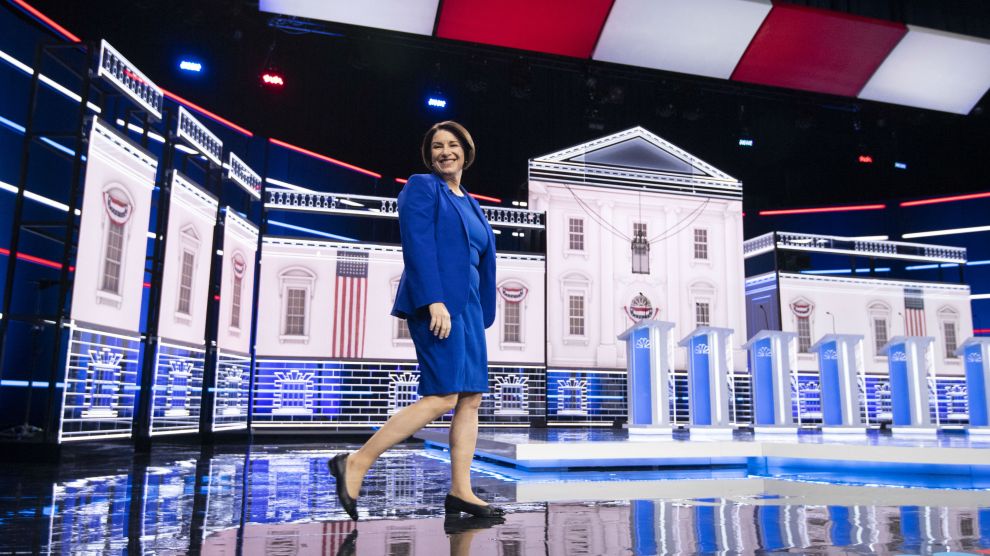 In her opening shot at Wednesday’s Democratic primary debate, Sen. Amy Klobuchar (D-Minn.) claimed credit for Minnesota’s high voter turnout, citing it as evidence of her ability to beat Donald Trump. “I am the one on this stage that had the highest voter turnout of any state in the country when I led the ticket,” she said.

“For nine election cycles in a row, Minnesota voters turned out to the polls more than any other state in the nation,” MinnPost reported in 2016. “In fact, the state actually holds the all-time record for turnout, when 78 percent of registered voters showed up to cast a ballot in the 2004 election.” Minnesota has led the nation in voter turnout since 1980, according to MinnPost. Klobuchar wasn’t elected to statewide office until 2006.

Minnesota’s same-day registration and accessibility of early voting are two major reasons for the state’s consistently high turnout. Another is the voter turnout program in the Minneapolis-based 5th congressional district pioneered by former Rep. Keith Ellison. As my colleague Tim Murphy reported in 2017:

Ellison’s district is so blue he hardly needs to campaign to ensure reelection. But he views constant voter contact, during the election and afterward, as essential to his agenda. He cites research showing that just 58 percent of self-identified liberals vote, versus 78 percent of self-identified conservatives. If a state party can juice that 58 percent just a little, he argues, it can defeat ballot initiatives and keep its grip on statewide offices. Day credits Ellison’s organizers with beating back a Republican voter ID initiative in 2012. Michael Brodkorb, a Republican operative who unearthed some of the most damaging stories about Ellison in 2006, views Ellison’s get-out-the-vote machine with awe: “He turned political organizing into what I think most people think political organizing is.”

Voting-rights organizers in Minnesota will tell you they still have work to do, including expanding voting rights to people on probation or parole. But what Minnesota’s doing is clearly working. It just has less to do with Klobuchar than she would like you to believe.