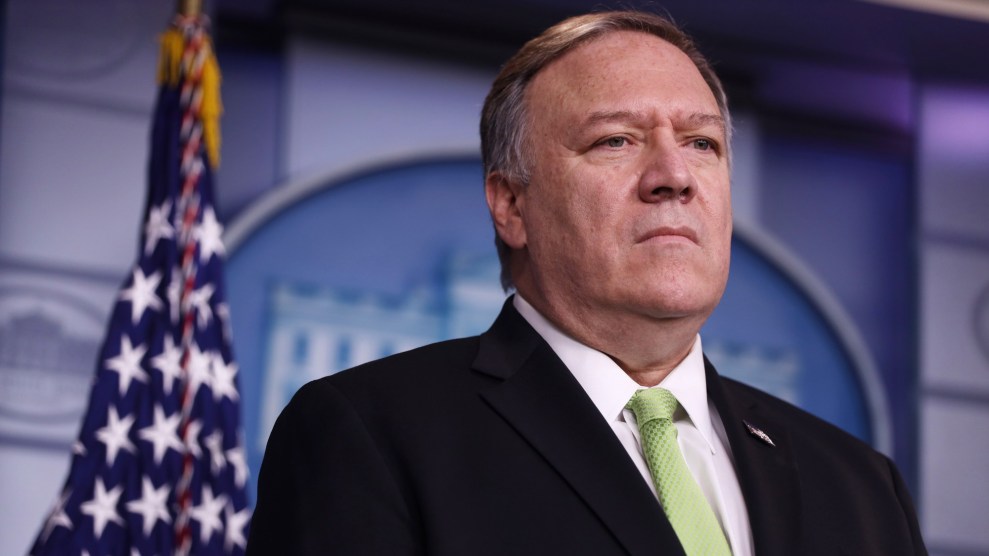 Mike Pompeo’s speech at the Republican National Convention on Tuesday is strange. And not because of anything he said—but because it happened at all. When he appeared via a recorded address from Jerusalem, praising President Donald Trump for “bold initiatives in nearly every corner of the world,” he showed a bold disregard for federal law that should have stopped him from participating in the event.

The Hatch Act bars federal officials from engaging in political activity while on duty, yet Pompeo recorded his speech during an official diplomatic visit to Israel. Rep. Joaquin Castro (D-Texas), a member of the House Committee on Foreign Affairs, has already launched an investigation into Pompeo’s appearance, which he called “highly unusual” and possibly “illegal.”

“Senate-confirmed Presidential appointees may not even attend a political party convention.”

Pompeo’s virtual appearance at the convention defies State Department standards he himself set. Last month, he signed a cable to all staff reminding them to not “improperly engage the Department of State in the political process.” The full department policy, sketched out in a 2019 memo, says, “Senate-confirmed Presidential appointees may not even attend a political party convention or convention-related event.” Cabinet officials have long abstained from conventions for this very reason. Former secretaries of State Hillary Clinton and Colin Powell both skipped political conventions while in office.

But Pompeo has shown little interest in meeting the typical standards for America’s chief diplomat. He frequently involves his wife in department business—an arrangement that’s raised eyebrows among State Department lifers—and promoted a speech on being a “Christian leader” on the department’s homepage, possibly running afoul of the Establishment Clause. His decision to use Jerusalem, already a politically sensitive location, as the setting for a political convention speech is just one more reversal of traditional State Department norms.

“It is also a complete abdication of leadership (and flouting of Pompeo’s own much-ballyhooed ‘ethos’) for the rank and file to abide by the rules while the boss does whatever the heck he pleases,” Laura Kennedy, an ambassador to Turkmenistan under George W. Bush, told me. While emphasizing that her comments only represented her own views, Kennedy added that “many, many current State employees find this appalling.”

Pompeo, never one to pass up an opportunity to praise Trump, cast aside his own guidance to State Department staffers and directly urged voters to support Trump in November. “The way each of us can best ensure our freedoms is by electing leaders who don’t just talk, but deliver,” he said.