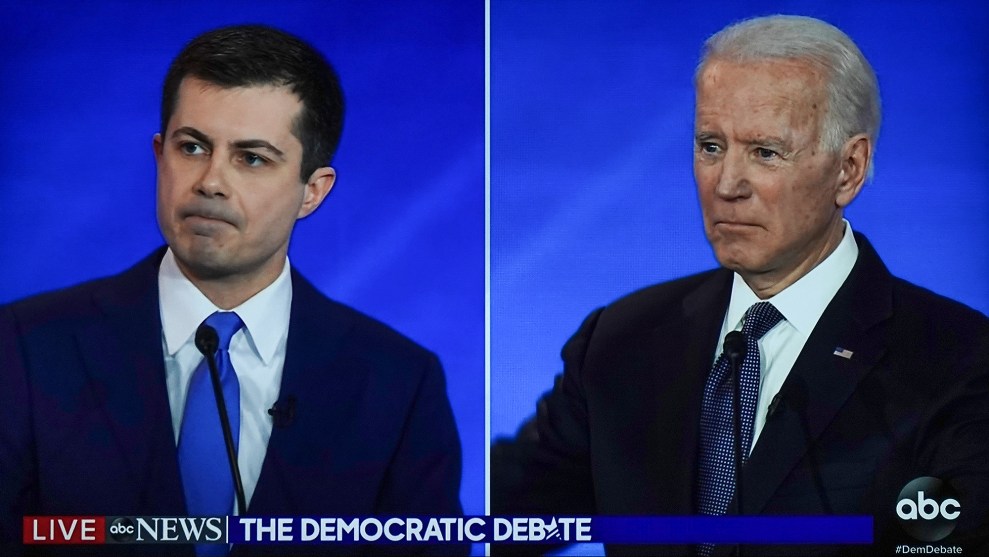 As Joe Biden looks on, Pete Buttigieg says anyone who would "weaponize a son against his own father" is a dishonorable person.ABC News

Buttegieg made history during his presidential run as the first openly gay candidate to launch a serious bid for the presidency. He ran a strong enough campaign that he pulled out a victory in the Iowa caucuses, but suspended his campaign in March as the field narrowed.

Now, Buttegieg will be serving on an advisory committee for his former rival, alongside former United Nations Ambassador Susan Rice and Vivek Murthy, the former surgeon general under President Barack Obama.

Biden is beefing up his transition team as part of laying the groundwork for staffing up the White House if he defeats Trump in November. Of course, even with that preparation, the team will be presented with unprecedented challenges in addition to an ongoing pandemic, an economic crisis, and civil unrest. CNN describes Biden adviser Ted Kaufman explaining that it will be the first virtual transition in history:

“We are preparing for this transition amid the backdrop of a global health crisis and struggling economy. This is a transition like no other, and the team being assembled will help Joe Biden meet the urgent challenges facing our country on day one,” Kaufman said in a statement. “The co-chairs, advisory board, and senior staff are a diverse group of experts who are committed to helping a possible Biden-Harris administration beat the public health crisis and put Americans back to work in good-paying jobs.”

Buttegeig’s role on the transition team is yet another example of just how quickly his star has risen in national politics. He went from being the relatively unknown mayor of a mid-sized American city in the midwest to the affable “Mayor Pete,” a wunderkind who speaks multiple languages and changed the landscape of politics in his own very particular way. As my colleague Patrick Caldwell wrote during his campaign:

An openly gay candidate winning a presidential contest is noteworthy nationally, of course, but it’s especially remarkable given Iowa’s history on LGBTQ rights. It was one of just three states where same-sex couples could wed when the state Supreme Court legalized marriage in 2009. But Iowa opened the door to same-sex marriage through a court ruling, not legislation, and there were signs that the public was wasn’t entirely on board. Three of the seven judges behind the decision were voted out of office the next year, after a vicious campaign by conservative activists. Suburban and especially rural Iowans led the backlash against same-sex marriage.

Ten years later, Buttigieg’s success in Iowa came thanks to his performance in many of those same rural counties. Sanders outperformed Buttigieg in most of the state’s urban areas, while Buttigieg cleaned up many of the sparsely populated, historically Catholic counties in eastern Iowa that backed Trump in 2016 and opposed marriage equality a decade ago.

“He’s getting support in the areas where we lost the worst on marriage,” Iowa Democratic Party chair Troy Price, who previously ran an LGBTQ rights group that helped sue to legalize marriage, told me last week. “It’s the suburban areas, it’s the rural areas, that’s where he’s doing really well.”

During his campaign, Buttegieg leaned heavily on his military experience—he served in Afghanistan with the Navy Reserves—and the childhood he spent growing up in the midwest. He’ll need to do that again as Biden tries to make inroads in crucial states like Indiana, Vice President Mike Pence’s home that Donald Trump won in 2016.