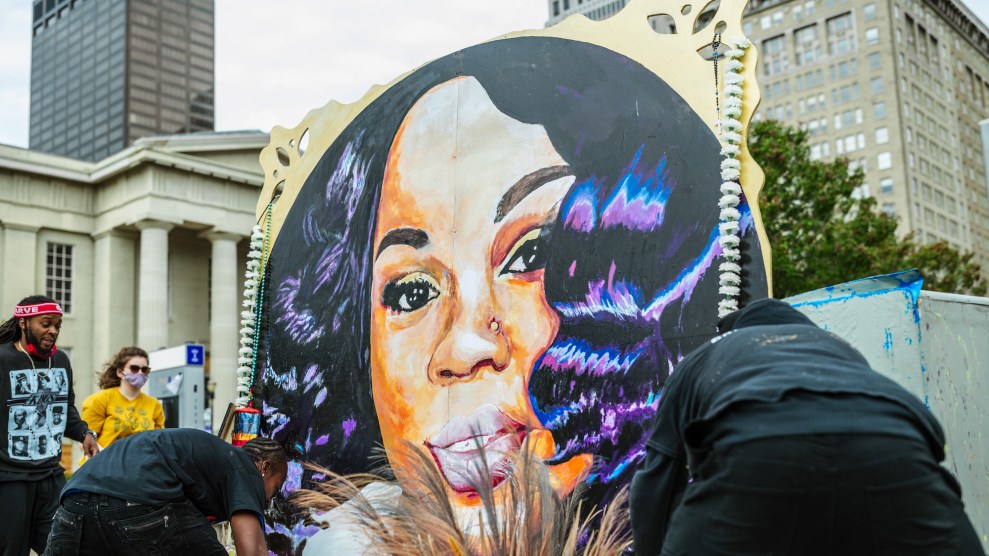 After months of protest and scrutiny over the police shooting of Breonna Taylor, the decision of a grand jury last week to indict no police officers in her death only raised more questions. Now, lengthy recordings of the grand jury’s proceedings that were just released could answer some of those questions.

The recordings are expected to reveal what evidence the team of prosecutors led by Kentucky Attorney General Daniel Cameron presented to the grand jury, and what witnesses, including police, told grand jurors happened at Taylor’s apartment. They could shed light on a subject of much confusion and controversy: what options Cameron’s team gave the jury, if any, for potentially indicting the two Louisville officers who shot Taylor, Jonathan Mattingly and Myles Cosgrove.

The recordings will give a rare glimpse of grand jury proceedings, which are ordinarily kept secret. Grand jurors review evidence and witnesses presented by prosecutors before deciding on indictments. Typically, prosecutors also present charges for the jury to consider and make a recommendation on which should be brought.  On Monday, a judge ordered the recordings released as part of the case against former detective Brett Hankison, the sole officer indicted for events that unfolded during the police raid on Taylor’s apartment. (Hankison was charged with three counts of “wanton endangerment” for shooting through Taylor’s apartment and into an adjacent home where a family was present, and has pleaded not guilty.)

The recordings also could answer questions raised by an anonymous grand juror about the truthfulness of Cameron’s public statements after the grand jury handed down its decision. On Monday, the grand juror filed a highly unusual motion requesting that the judge allow grand jury members to speak publicly about their experience, including what witnesses were not called, what evidence was not heard, and what potential charges were not presented to the grand jurors by Cameron’s team. “The citizens of this Commonwealth have demonstrated their lack of faith in the process and proceedings in this matter and the justice system itself,” the grand juror’s motion states. “Using the grand jurors as a shield to deflect accountability and responsibility for these decisions only sows more seeds of doubt in the process.”

Only on Tuesday, after a judge ordered the recordings released, did Cameron acknowledge that his sole recommendation was the wanton endangerment charge against Hankison; no charges against Mattingly and Cosgrove were advised. He admitted that he did not recommend charges for murder but suggested that the grand jury could have pursued those charges anyway. “[The grand jury is] an independent body,” Cameron said. “If they wanted to make an assessment about different charges, they could have done that. But our recommendation was that Mattingly and Cosgrove were justified in their acts and their conduct.”