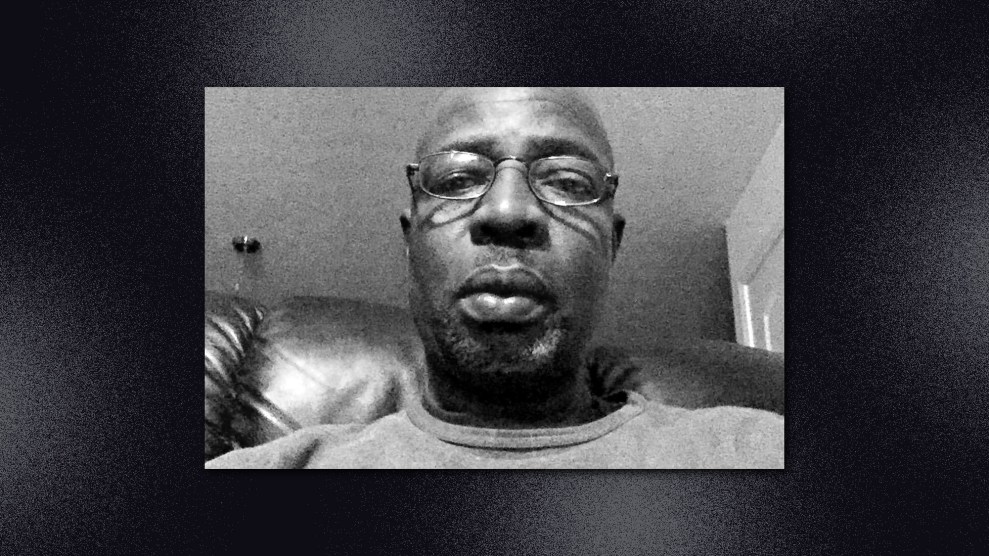 Three decades ago, the West African nation of Mauritania stripped many of its Black residents of citizenship. A large group of exiles formed a community in Ohio. The Obama administration allowed them to stay in the country even after they lost their immigration cases, so long as they checked in regularly with their local ICE office and followed the law.

Trump’s ICE upended that agreement and began arresting Mauritanians at their check-ins for deportation—even as the administration cut off trade benefits for Mauritania for failing to eliminate hereditary slavery. Goura Ndiaye was awaiting a hip replacement when ICE took him into custody. He is now suing ICE for medical neglect.

From: Mauritania
Lives in: Dakar, Senegal

After that, I moved to Columbus, Ohio. I lived in a motel and worked cleaning a restaurant. Then I told them I was an electrician and I fixed a light outside the restaurant. I didn’t know the system very well, but I’m an old electrician. Whatever they tell me, I can do it.

In 2009, ICE put me on supervision. I always went to my check-ins. I had my work authorization. I worked legally in the United States and paid my taxes. I started a family, built a house, and started my business as an electrician. I never committed any crimes.

On December 10, 2018, ICE called and asked if I was home. It was weird because they never called on the day of my check-ins. When I went to my check-in at the ICE office in downtown Columbus, they told me they were going to deport me to Mauritania. Then they took me into custody.

They tried to deport me the first time on a commercial flight, but I refused, and they sent me back to jail. They said it doesn’t matter that you don’t want to go.

ICE put me in the Butler County jail, then after that Morrow County. They tried to deport me the first time on a commercial flight, but I refused, and they sent me back to jail. They said it doesn’t matter that you don’t want to go. We’re going to send all you guys back to Mauritania. We’re going to put you on a charter flight.

Before being detained, I had a health crisis. I have vascular necrosis and was supposed to have a total hip replacement. My doctor had scheduled me for surgery on January 4. On January 3, ICE took me to Louisiana to deport me on a charter flight. I told them, “I’m supposed to have surgery tomorrow. I cannot even walk.” Before the plane landed in Louisiana, I fainted because I hadn’t taken my blood pressure and pain medication. A guy came to take the shackles off. I couldn’t stand up anymore. They put me in a wheelchair and took me to see a nurse. We continued to Arizona, and I was granted a stay of my deportation.

That’s how I came back to the Morrow County jail. I kept going back and forth between Morrow County jail and Butler County jail with all this pain. Sometimes in Butler County, I would start crying because it was so painful. A correctional officer came to my room, and I was crying. They called the nurses, who didn’t even give me one pill. I saw many doctors. A specialist recommended surgery, but ICE never did anything for me.

They later brought me to a CoreCivic detention center. I was scheduled to see a doctor on a Monday. The night before, they came to get me. I thought they were going to deport me. I went to booking, and two ICE officers told me they knew I had a hip issue: “We’re going to try to take you somewhere to take care of you.” I said, “Really? Are you telling the truth?”

From there, they took me to Columbus airport. When I arrived, there were two officers waiting. One guy said, “You have to make it easy for me, because if you don’t, I’m going to use force.” I said to myself, “Oh, this is a deportation.” The plane went to Arizona. A guy there told me that I was going to be deported tomorrow. I tried to reach my lawyer, but she never answered.

I think the charter flight left on August 6, 2019. We arrived in Mauritania around August 8. We arrived shackled like criminals. The Mauritanian police held us at the airport for six hours before they released us. The next day, a friend helped me cross the river to join my daughter in Dakar, Senegal.

It’s difficult here. I’m not from here, for one. Second, I’m sick. Third, I’m not working. I’m living with my daughter and her family. They don’t always have enough money to help. I can’t eat what I want because I don’t have money. My life is a catastrophe. Even if I looked for a job, I wouldn’t get one anyway. You don’t have your health, you don’t have a job.

ICE always told me at the check-ins that I could stay in the United States as long as I didn’t commit any crimes. That was what the last government was telling us. That’s why I always went to check-ins early in the morning on my way to work. Sometimes, I’d come before the ICE office opened. I’d stand by the elevator. Then I’d go up, check in, and go to my job.