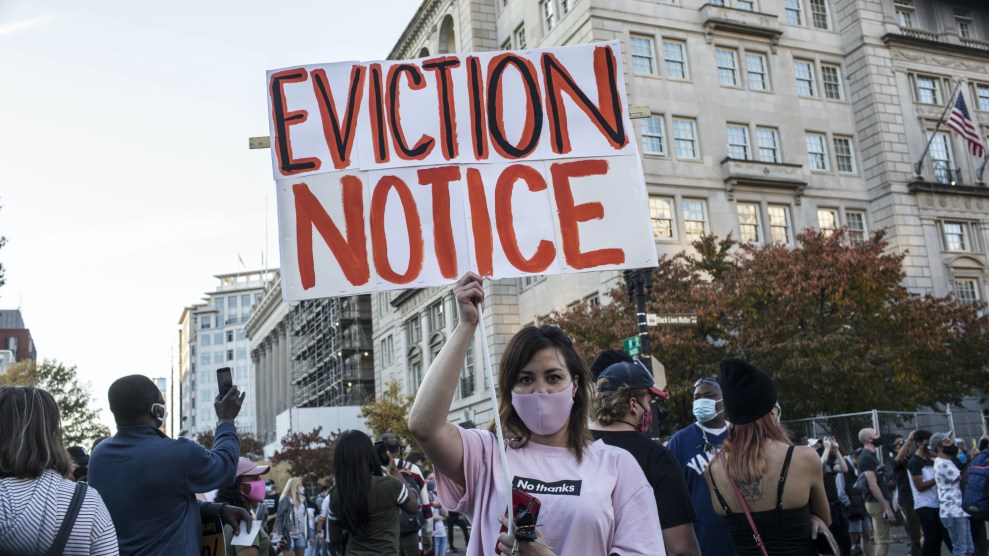 An Arkansas prosecutor has been fired after speaking out against the state’s criminal eviction statute in an October ProPublica story. Garland County deputy prosecutor Josh Drake was let go from his position on Oct. 31 by Michelle Lawrence, the prosecuting attorney.

Arkansas is the only state where landlords can file criminal charges rather than civil complaints against tenants for falling behind on rent. Drake told ProPublica, “I hate that law. It’s unconstitutional.” It constitutes cruel and unusual punishment, he said, echoing other Arkansas legal experts and advocates across the political spectrum.

Under the law, which dates to 1901, if a tenant’s rent is a day overdue, they forfeit their right to be in the property. If they don’t leave their homes within 10 days of getting a notice from their landlords, they can be charged with a misdemeanor and fined for each day they overstay.

Evictions in the state can snowball from charges to warrants to arrests to jail time, leaving people with criminal records that hinder their ability to find a new home or get a job. In civil evictions, by contrast, landlords can pursue unpaid rent and other additional fees from tenants, but the process doesn’t include daily fines for staying in the property without paying or put tenants at risk of jail time.

ProPublica found that since 2018, more than 1,000 cases have been filed under the criminal eviction statute. During that time, judges have sentenced at least 37 renters to jail after charges stemming from the law, which is officially known as “failure to pay rent, failure to vacate.” Women and people of color have disproportionately been charged.

Even the U.S. Centers for Disease Control and Prevention’s national moratorium on evictions did not stop the criminal filings. Since the Sept. 4 order, at least 49 people have been charged, with more than two dozen cases filed in the last month. Meanwhile, the number of new cases of the coronavirus in Arkansas has risen dramatically since mid-September. The state now has over 1,000 hospitalized because of the virus, according to Gov. Asa Hutchinson.

Landlords told ProPublica they preferred the criminal statute to civil evictions because the criminal process is cheaper. Taxpayers shoulder the cost when county attorneys like Lawrence and Drake pursue tenants. In civil eviction hearings, landlords have to cover their attorney fees.

Drake had been prosecuting cases on behalf of Garland County, in central Arkansas, since March 2018 on a part-time basis. Lawrence called Drake into her office the day after ProPublica‘s story ran and said she was firing him because his remarks drew media and statewide attention to her office, Drake said.

During Drake’s tenure, he handled at least a dozen criminal eviction cases. Like many landlords, state legislators and prosecutors, he had the impression that the statute never led to arrests or jail time. That’s not true, however. Since 2018, 45 people have been arrested exclusively for failing to pay rent and not leaving, according to state records.

Despite his misimpression, Drake nevertheless disliked the statute because he said it effectively transformed county attorneys and law enforcement officers into collection agents for landlords. But he said he felt he had no choice but to prosecute the cases because it was his job. He never voiced his objections until the ProPublica story.

“I stand by what I said. I still feel the same way,” he said. “It’s one of those things that I’ve always been ashamed of, but I’ve never been in a situation where I could do anything about it.” Now, he said, “I can at least call more attention to it.”

If Lawrence “wants to be the one that sticks up for the landlord and continues using tax money to evict people, then there is nothing I can do about it other than point it out to people,” he said.

Other elected prosecuting attorneys in the state have declined to prosecute the eviction cases. Prosecutors in the state’s most populous county, Pulaski, have stopped accepting the filings altogether. In other jurisdictions, judges have stopped hearing cases under the statute. Of the 21 largest counties in the state, ProPublica and the Arkansas Nonprofit News Network found only five contained district courts that processed any criminal eviction filings in 2020.

After the CDC moratorium this September, a judge and attorney in the state’s western Polk County chose to stop pursuing the cases until further notice. Judge Danny Thrailkill told ProPublica he has long approached the law with unease. “You hate to enforce it because a lot of people don’t have anywhere to go,” he said. “It’s really a civil matter.”

Andy Riner, a prosecuting attorney who was just elected into a circuit judge position that will begin in January, said he had found the statute ineffective to begin with. “If you’re fining someone who is already broke, that doesn’t get their attention, that doesn’t improve their conduct,” Riner said. “It just doesn’t make any sense.”

Five years ago, a circuit court judge ruled the statute violated the Eighth Amendment’s clause banning cruel and unusual punishment, as well as federal and state bans on debtors prisons, but his ruling did not cover the entire state. Other judges have upheld the statute.

Advocates are planning to try to get the law repealed in the next session of the state legislature.

“Like I hoped from the first time I stepped foot in the state and learned about the law, I hope that the legislature will repeal it,” Drake said.