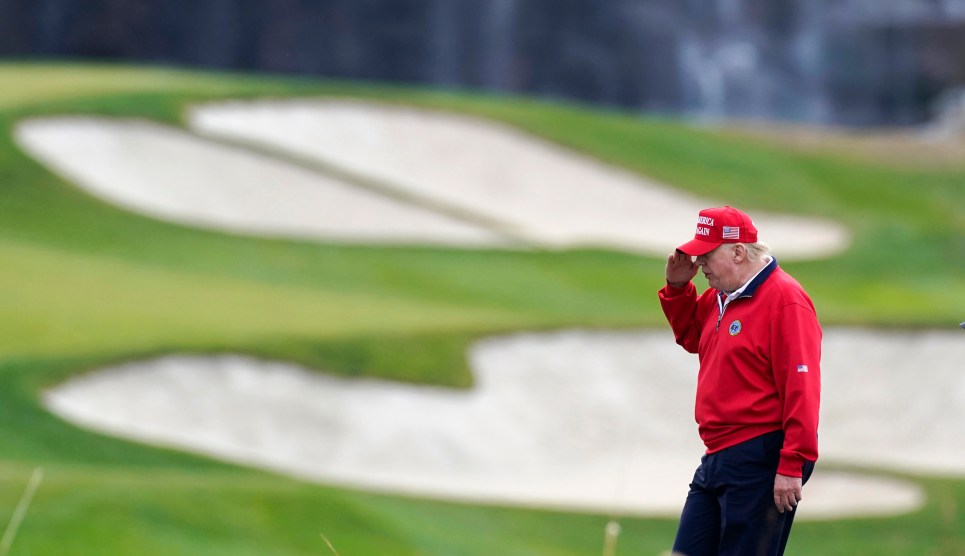 An array of legal investigations into the business run by former President Donald Trump picked up new steam in the last two weeks. From Scotland to the tony New York City suburbs, Trump’s sprawling empire is facing new threats on at least three fronts. Stateside, Manhattan District Attorney Cy Vance called a second grand jury to focus on the Trump Organization (a previous one has been sitting since 2019 and has already filed charges against the former president’s company and its top financial executive). Meanwhile, the DA in Westchester County, north of New York City, is conducting her own investigation into possible misdeeds related to the Trump golf course there. Across the Atlantic, a Scottish judge heard new arguments that the Trump golf courses in that country should be examined by government investigators using an anti-money-laundering statute.

Last summer, when Vance’s first grand jury indicted the Trump Organization and the company’s longtime chief financial officer, Allen Weisselberg, on charges the company fudged the taxes on some of Weisselberg’s compensation, the news landed with a thud in certain circles. Critics of the former president complained that the investigations into Trump had yielded disappointingly little (a claim also made, more triumphantly, by Trump’s supporters), and some legal pundits opined that the authorities had clearly hit a wall and were unlikely to be able to take things much further. But the string of recent developments suggests that investigators aren’t done examining Trump’s business activities.

Where exactly Vance’s new grand jury, first reported by the Washington Post on Thursday, will take the investigation isn’t clear—Vance’s first grand jury appears to still be working. As recently as September, an attorney for Weisselberg told a New York City judge that he needed more time to review the voluminous amount of evidence collected by Vance and added that he had “strong reason to believe there could be other indictments coming.” A new trove of documents had recently been located in “a co-conspirator’s” basement, the attorney said.

While the first grand jury seems focused on picking apart the way the Trump Organization compensated its employees—and whether the company tried to hide compensation from tax authorities—the Post reported that a source close to the new grand jury believed that the latest investigation would be focusing on questions related to how Trump had valued his various properties. Trump has a history of publicly overestimating the value of his assets, which can be an effective tool for self-promotion—but lying to banks, insurance companies, or tax authorities about the value of property would be illegal. The Post reported that the new investigation is being conducted in close cooperation with New York Attorney General Letitia James—the state’s top prosecutor—who has reportedly been examining the conservation easements Trump claimed on his upstate New York properties.

It turns out that Westchester County District Attorney Mimi Rocah reportedly has a very similar investigation underway. First revealed by the New York Times in late October, Rocah’s probe has apparently been ongoing for months and focuses specifically on the way the Trump Organization valued the company’s golf course about 30 miles north of the city.

In a similar vein, a Scottish judge heard two days of arguments this week on the question of whether the Scottish government should try to force open the financial records of the two Trump golf courses in that country. Those courses have long been the subject of questions—Trump has sunk a phenomenal amount of money into the properties—to the point that the bulk of his current and future financial prospects seems to be tied up in Scotland rather than Florida or New York. Neither has ever had anything close to a remotely profitable return. Combined with the fact that Trump has assigned curiously high valuations to the courses—and has largely financed them through loans to himself that carry no interest or date to pay them off—the Scottish properties are a gigantic question mark, financially speaking.

Earlier this year, members of the Scottish parliament challenged Scottish First Minister Nicola Sturgeon’s ruling Scottish National Party to invoke an Unexplained Wealth Order against the Trump Organization. A UWO is a tool that allows for UK government investigations into “politically exposed” people whose known financial situations don’t seem to jibe with property purchases they’ve made. The order has been employed several times in London—for example, examining how the wife of a jailed ex–Azerbaijani government official was able to afford a 16 million-pound shopping spree at Harrods.

At the time, Sturgeon argued she couldn’t order a UWO to be used against Trump’s business entities because it was a decision for investigators, not politicians. However, this week, the watchdog group Avaaz told a judge that Sturgeon had misinterpreted the rule and, in an apparent effort to avoid making a controversial decision, had effectively tried to toss the question to prosecutors instead of using her own power. Avaaz asked the judge to find that Sturgeon and her government do have the authority to launch a UWO investigation and that it was wrong not to. A decision is not expected for several months.

Of course, none of the investigations are specifically targeted at the former president himself—a point raised by his supporters this summer after Vance indicted only Weisselberg and the company. But in a broader sense, any investigation into the Trump Organization really is an investigation into Trump.

As I pointed out this summer, Trump’s main argument for refusing to release his tax returns after taking office in 2017 was that the company, which now faces the possibility of three new investigations, is almost hopelessly intertwined with the man himself:

In fact, in 2017, when Trump took office and continued to refuse to release copies of his tax returns, one of the main rationales his lawyers employed for withholding this information from the public was that Trump and the Trump Organization are inextricably linked. “You hold interests as the sole or principal owner in approximately 500 separate entities. These entities are collectively referred to and do business as The Trump Organization,” his attorney Sherri Dillon then wrote Trump in a letter that was made public. “These entities engage in hundreds of transactions, deals and new enterprises every year. Because you operate these businesses almost exclusively through sole proprietorships and/or closely held partnerships, your personal federal income tax returns are inordinately large and complex for an individual.”