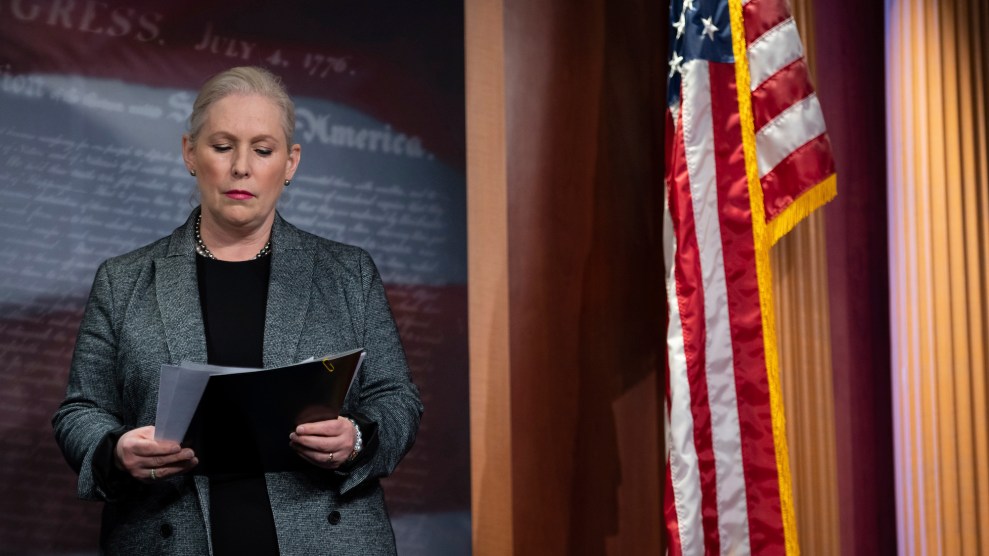 Thirty years ago, at a raucous Las Vegas conference of Navy aviators, dozens of male military officers crowded into a dimly lit hotel hallway, where they grabbed, groped, and jeered at female service members and civilians trying to pass by. Eighty-three women and seven men were sexually assaulted during the three-day conference, a Department of Defense Inspector General investigation later found. Yet after commanders and military judges decided there wasn’t enough evidence to proceed with individual assault prosecutions, not a single serviceman faced court-martial or serious discipline.

The event was the first scandal to draw public attention to the crisis of military sexual violence, though far from the last. In the decades since, the Pentagon has repeatedly pledged to address the problem, while at the same time successfully resisting what advocates and some lawmakers say is one of the most important reforms needed to end the culture of permissiveness of sexual violence: eliminating commanders’ influence over sexual assault trials. That influence is substantial. Among other powers, commanders currently decide whether to prosecute the accused—and more often than not, they don’t. Last fiscal year, commanders reviewed 3,358 sexual assault investigations and decided to prosecute 798 of them. Just a fraction of those cases actually went to a court-martial; ultimately, only 50 people were convicted of sexual assault. Meanwhile, a DoD survey from 2018 showed that around 20,500 service members were assaulted that year alone, though the vast majority chose not to report it.

Now, after another public tragedy—last year’s murder of Army Specialist Vanessa Guillén, whose family said she was sexually harassed before she was killed—Congress appears to have finally reached a tipping point. Before the end of the day tomorrow, the Senate is poised to approve a defense policy bill that includes significant changes to the military justice system, including taking the decision to prosecute sexual assault out of commanders’ hands. Instead, such decisions will be made by independent military prosecutors reporting to the secretaries of the Army, Navy, and Air Force.

“I can have some peace tonight,” Mayra Guillén, Vanessa’s sister, tweeted after the House approved the bill last week. “We will still keep working, this is not the end but a HUGE step in history.”

With the exception of Sen. Kirsten Gillibrand, Democratic women lawmakers and survivor advocacy groups have widely praised the final bill, which will pass as part of this year’s National Defense Authorization Act, as a significant step toward making the military court system fairer. In a statement, Rep. Jackie Speier (D-Calif.), called the reforms “the most significant since the creation of the Uniform Code of Military Justice in 1950.” The reforms amount to a “sea change” in how the military approaches sexual assault cases, writes New York Times reporter Jennifer Steinhauer, who has been covering the topic for years. “This is huge,” says retired Col. Don Christensen, the former chief prosecutor for the U.S. Air Force and the president of Protect Our Defenders, a nonprofit advocating for military justice system reform. “But,” he adds, “it’s also a missed opportunity.”

Christensen is referring to Gillibrand’s Military Justice Improvement and Increasing Prevention Act, a bill with far stronger provisions than those contained in this year’s NDAA, and which received unprecedented bipartisan support this year. Under it, commanders would lose not only the decision to prosecute, but also other powers in the court-martial process. And the bill would cover all serious crimes, not just those most closely related to gender-based violence, meaning it would also go partway toward addressing the racial discrimination Black and brown service members experience in the current, commander-driven system.

After nearly a decade of effort by Gillibrand to pass this bill, a supermajority of senators signed on as cosponsors this year, and its provisions were added to an earlier version of the NDAA. Then, last week, in closed-door negotiations over the NDAA’s final text, leaders of the Senate and House Armed Services Committees—Sen. Jack Reed (D-Rhode Island), Sen. Jim Inhofe (R-Oklahoma), Rep. Adam Smith (D-Washington), and Rep. Mike Rogers (R-Alabama)—kneecapped the reforms. The version the Senate is expected to approve tomorrow takes the decision over whether or not to prosecute sexual assault away from commanders, but they’ll still play a major role in trials, including selecting potential jurors, says Christensen. And rather than applying to all felony-level crimes, the settled-on bill only covers certain ones—sexual assault, kidnapping, and murder among them—creating a separate class of crimes subject to special rules, which, according to Gillibrand, could further stigmatize women in the military.

“This is an act of blatant disregard for the service members, veterans, and survivors who have fought for an impartial and independent military justice system that’s worthy of the sacrifice they make every day for our country,” Gillibrand said on the Senate floor last week, blasting the decision of “four men behind closed doors” to water down the reforms.

Much of the issue boils down to “anachronistic” nuances of the military justice system, according to Fredric Lederer, a professor at William & Mary Law School. While the NDAA approved by the Senate gives the decision to file charges to special, independent prosecutors, commanders will keep a role in the trial known as the “convening authority.” “Unlike civilian life, there are no freestanding, permanent courts,” Lederer explains. Instead, for each trial, a court has to be called into existence by a commander, who selects members of his command to serve as jurors; controls the trial’s purse strings; and grants or denies immunity to witnesses. “‘The rationale for this is basically that commanders are the ones best situated to understand the consequences of what happened and what ought to be done,” Lederer explains. They can also allow service members accused of a crime the option of taking a discharge instead of going to court—the functional equivalent of being fired.

What does all of this mean for survivors? The decision on whether to prosecute sexual assault in military will now rest with independent professionals. But trials will still take place under a commander’s eye. According to Christensen, it’s an open question whether a commander could refuse to convene a court martial for a prosecution they disagree with. (“That’s the million dollar question,” he says.) Gillibrand points to another issue: “If you’re a survivor who believes that the commanders never going to believe you or take you seriously, you may not ever report, because the commander’s still in charge,” she said at a press conference Wednesday. “That’s the whole point of wanting to take this out of the chain of command.”

The NDAA now heads to President Joe Biden’s desk. For Gillibrand, meanwhile, it’s back to the old fight.