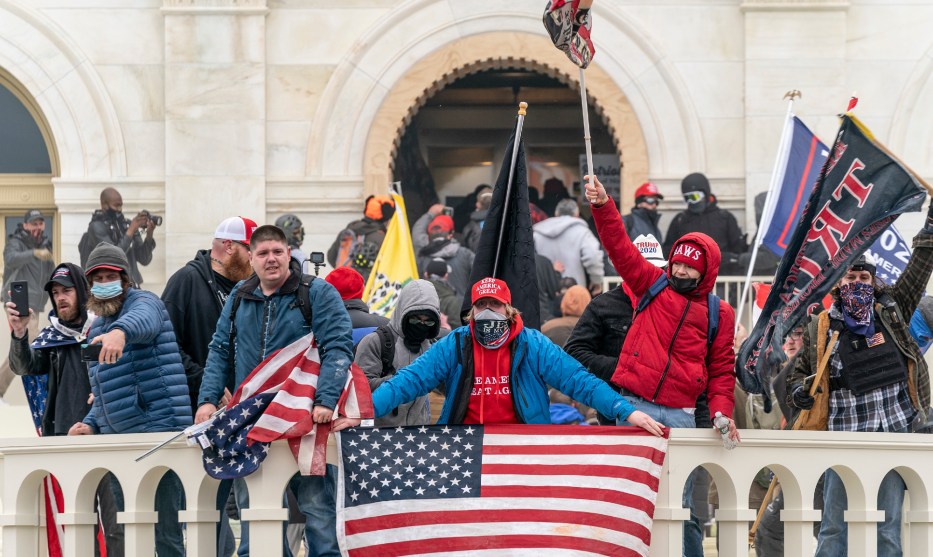 On Tuesday, on the eve of the anniversary of the January 6 insurrection, Senate Minority Leader Mitch McConnell assured reporters on Capitol Hill that there was no risk that members of his party would attempt to reverse the results of a future presidential election. It was “ridiculous,” he argued, to even suggest that any state legislature would “want to overturn the counting of votes.”

“I think they assume that people who get elected to the legislature are idiots,” the Kentucky Republican said of his Democratic colleagues.

I mean, kind of. Last fall a Republican state representative in New Hampshire sent an email to his colleagues warning that the Covid-19 vaccine included a “living organism with tentacles.” A high-ranking Tennessee Republican state representative was ejected from a high school basketball game this week after attempting to pull down the referee’s pants. It’s a horror show out there. These are people who regularly have to be told how bodies work.

But whether or not these guys are “idiots” is not really the point. Politicians are measured by how they use their power, and on that point McConnell has already been proven wrong—Republicans at the state level have indicated quite clearly that they would support overturning the will of the people in a presidential election.

Just take Pennsylvania. In the run-up to the certification of the electoral college results last year, a majority of the Republican members of the Pennsylvania house of representatives—57 of them—signed a letter asking members of Congress to object to the counting of Pennsylvania’s electors. About a week later, when Texas Attorney General Ken Paxton launched a desperate legal effort to have the Supreme Court throw out the election results in four Biden-won states, Pennsylvania’s speaker of the house and house majority leader submitted an amicus brief in support of the thing McConnell says they’d never do. McConnell’s own Senate colleague, Texas Sen. Ted Cruz, volunteered to argue the case. And 125 members of Congress signed their own brief in support.

Support for the Paxton lawsuit was widespread among rank-and-file Republicans elsewhere. Fifteen sitting state senators from Georgia signed onto an amicus brief in support of the measure, even as their attorney general balked. In fact, the decision by Georgia’s statewide elected officials to not try to overturn the results of the election led to death threats at the time and has caused a major rift within the party, culminating in serious, Trump-backed primary challenges. (McConnell’s own former colleague, ex-Republican Sen. David Perdue, now says that he would not have certified the 2020 election results if had had been governor, even though it is required by law.) Heck, there were Republican state legislators at the Capitol on January 6, attempting to physically overturn the election results. And a majority of House Republicans in the building still voted to throw out electoral votes even after the rioters had been dispersed.

There’s a kernel of truth in what McConnell says: Lawmakers would prefer not to be seen as overturning the popular will. Supporters of the Paxton lawsuit don’t like it when you say what it actually intended to do, even though Paxton was literally on the Mall on January 6th when Trump incited an insurrection.

But such a defense relies on a sleight-of-hand about how such power grabs are invariably justified. Most lawmakers who supported Trump’s efforts weren’t grabbing a microphone and shouting, “We’re autocrats now!” Republicans are not going to “overturn” the results of the election, in their telling, because they deny that those results are legitimate in the first place. They have a different notion of which votes should be counted and which batches of votes shouldn’t. And next time, they hope, they’ll have the administrative machinery to back up their version of events.

As my colleague Ari Berman reported, Republicans in 14 states have passed laws designed to impede the work of election officials since January 6. Across the country, Republicans who rejected the results the 2020 election are running to be the top elections officials in their states. They are moving to turn previously non-political election administrator positions into partisan operations. In Arizona, the legislature passed a law stripping the secretary of state (currently a Democrat) of the authority to handle election litigation.

In other words, post-January 6, Republicans at the state level have put a lot of work into making it easier to do what Trump wanted to do last time, and there’s precious little evidence that many of them have wavered in their support for the ex-president himself. State legislatures (like Congress) are filled today with Republicans who won’t publicly say that Joe Biden was legitimately elected, and who seem to genuinely believe that Trump was the true winner. Don’t waste your time trying to decide if America’s state legislators are idiots or not; just take them at their word about what they really think.