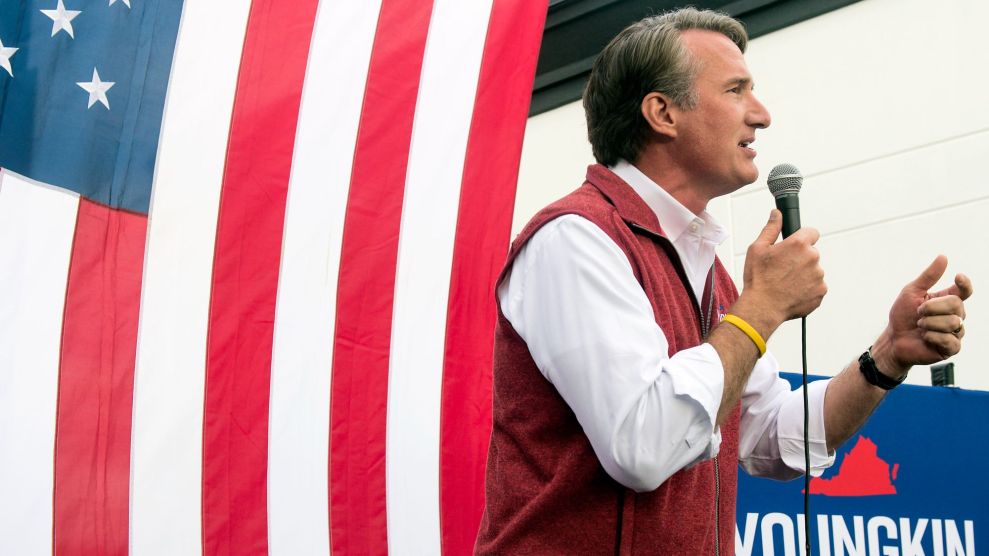 The day Glenn Youngkin assumed office as the governor of Virginia, he signed an executive order allowing parents to circumvent local school district requirements and send their children to school unmasked. The order immediately sparked pushback from some parents, public health experts, and Virginia pediatricians, who issued a collective statement urging continued mask-wearing in schools.

The controversy came to a boil on January 24, the day the order was scheduled to come into effect, when seven Virginia school districts filed suit, asking an Arlington court to declare that Youngkin’s order violated the state constitution.

“Without today’s action, school boards are placed in a legally untenable position—faced with an executive order that is in conflict with the constitution and state law,” the complaint reads. The executive order, the plaintiffs argued, has created “a situation in which the School Boards face the real and imminent threat of having COVID-19 outbreaks occur at multiple schools, endangering the health of students and staff, and causing those schools at least temporarily to be shut down.”

The school board’s complaint particularly emphasizes the fact that some students are too young (under five) to receive Covid-19 vaccines, and that all seven school districts serve immunocompromised students and teachers. Data indicates that children are less likely than adults to get severely ill or die from the coronavirus. However, according to the Washington Post, 3.4 million children have tested positive since September, which will no doubt translate into adult infections and deaths.

Lawyers for the school boards argue that Youngkin’s order contradicts Virginia’s constitution, which vests “the supervision of schools” in each division’s school board, and a state law passed last spring, which mandates that Virginia school districts follow the Centers for Disease Control and Prevention’s federal guidelines “to the maximum extent possible.” The CDC strongly recommends that all students, K-12, wear masks regardless of vaccination status.

Youngkin, on the other hand, has cast his executive order as an attempt to “empower parents.” In a tweet over the weekend acknowledging the controversy, he urged Virginia parents “to listen to school principals, and to trust the legal process.”

Youngkin, who was helped to victory in part by a conservative backlash to mask and vaccine mandates (as well as race-conscious and LGBTQ-friendly teaching material and policies), appears to be making good on his pledge to roll back public health measures across the state. Although polls have found that a majority of Virginians support mask mandates, a vocal minority of parents have strongly resisted Covid restrictions. Shortly after Youngkin signed the executive order, a woman was arrested for allegedly threatening Page County school board members, saying that she would bring “every single gun loaded” to prevent her children from having to wear masks. (The woman later apologized, claiming that she was speaking off the cuff and wasn’t referring to actual firearms.)