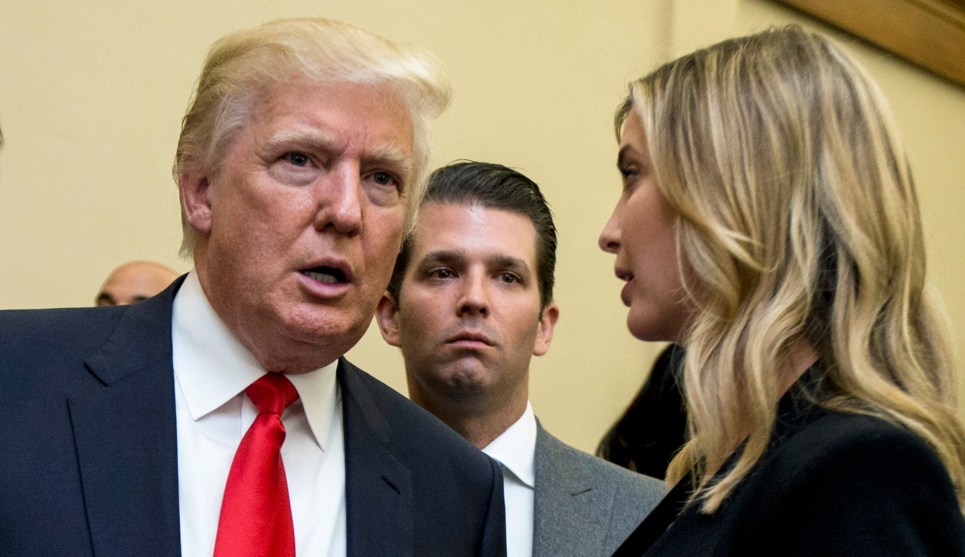 A New York appellate court dealt Donald Trump another blow Thursday when it ruled that the former president and his daughter must sit for sworn depositions in the New York’s civil fraud investigation into the family business. New York State Attorney General Letitia James subpoenaed Donald and Ivanka Trump back in December, but Trumps’ attorneys argued that the they shouldn’t have to because, they said, James’ whole investigation was baseless and politically motivated. Arthur Engoron, the lower court judge handling the case, disagreed, writing in his decision that there was actually “copious evidence” that the Trumps might have committed fraud and no evidence that James’ probe was motivated by an improper political bias.

During oral arguments back in February, the Trumps’ attorneys seemed far more focused on appealing to public perception than on convincing Engoron. At one point, Alina Habba, Donald Trump’s personal attorney in the case, complained that James refused to go after Trump’s 2016 presidential rival.

“Are you going to go after Hillary Clinton for what she’s doing to my client, that she spied at Trump Tower in your state?” Habba demanded to know. “Are you going to look into her business dealings?”

In his own public statements, Trump has complained that James, who is Black, is one of several “radical, vicious, racist prosecutors” investigating him. In court, Habba claimed the investigation was about “viewpoint discrimination,” but the appellate judges were thoroughly unconvinced. To successfully make the argument that you are being illegally singled out for investigation, you have to show that someone else is not being investigated for a similar offense when they should be, and the judicial panel concluded—arguments about Hillary Clinton aside—that the Trumps “have not identified any similarly implicated corporation that was not investigated or any executives of such a corporation who were not deposed.”

A representative for Trump did not return a request for comment on the appellate court’s ruling.

Despite the victory on Thursday, James may not get much out of the interviews. Donald and Ivanka Trump still have the right to refuse to answer questions if they might incriminate themselves by doing so. Last year, Eric Trump sat for a deposition with James’ investigators and refused to answer more than 500 questions.

The appeal by Trump, and the subsequent rejection by a higher court, are part of a familiar pattern in James’ inquiry, which has been going on for more than two years and has slowly but steadily moved closer to the former president. After initially cooperating with investigators in the early months of the investigation, Trump family attorneys have become increasingly combative but have had few if any victories in their efforts to stop James from probing further. Like the arguments made by Habba at the February hearing, most of Donald Trump’s legal arguments have seemed to be fashioned to appeal to his own sense of outrage or intended primarily for public consumption.

Last month, Donald Trump was held in contempt for refusing to turn over records that James subpoenaed in December, despite repeated rulings from Engoron that the Trumps must comply. Engoron eventually wound up fining Trump $10,000 per day until he cooperated. Trump ultimately racked up $110,000 in fines to be paid to James before he was able to convince Engoron that everything that should be turned over to James had been. The same appellate court that on Thursday rejected Trump’s arguments about the deposition is also considering Trump’s efforts to overturn the $10,000 fines. But last week, Trump forked over $110,000 to be held in an escrow account until that appeal is settled.