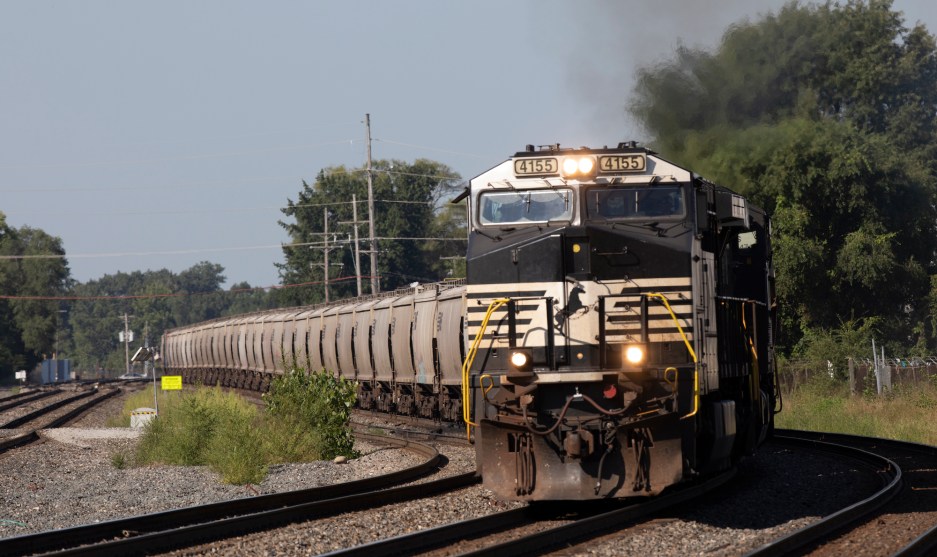 Rail workers across the country may be on the verge of going on strike for the first time in three decades—a decision that would immediately cripple supply chains and cause billions in economic losses per day. Workers could walk off the job, or companies could lock them out, as soon as Friday if a deal isn’t reached.

The dispute is not about pay, but the day-to-day indignities of working in the industry. Rail workers often don’t have weekends, get no sick days, and say that taking the time to care for themselves and their families can lead to being fired. As engineer Ross Grooters puts it, workers are “just fighting for the basic right to be able to be people outside of the railroad.”

The White House has been scrambling to try to avoid a strike that would upend the country’s economy in the lead-up to the midterm elections, and President Joe Biden has been in touch with unions and railroad companies, Politico reports. A shutdown could disrupt shipments of everything from coal and lumber to food and the chlorine used to treat wastewater. Amtrak trains that rely on freight carriers’ tracks are already being canceled.

A shutdown could disrupt shipments of everything from coal and lumber to food and the chlorine used to treat wastewater.

Failing to reach a deal by Friday does not guarantee a strike, since both sides could agree to extend negotiations. But administration officials are developing contingency plans to try to keep essential goods moving in the event of a shutdown, an outcome that White House press secretary Karine Jean-Pierre has said is “not acceptable.”

Unionized workers and rail companies have been in contract negotiations for more than two years. In July, Biden established a Presidential Emergency Board tasked with providing recommendations on how to end the dispute. Last month, the board proposed pay increases of 24 percent over five years, additional bonuses, and one extra personal day a year. It also called for lifting a cap on workers’ health care premiums, and did not back workers’ calls for sick days and less-punitive attendance policies.

Warren Buffett’s BNSF, for example, has started using a convoluted system called “Hi-Viz” under which workers start with a point balance then lose points if they’re unavailable to work because they’re sick, have a family emergency, or other reasons. If their balance hits zero, they get a 10-day suspension, and a 20-day suspension if it happens again. Reaching zero for the third time in a two-year period means getting fired.

The rail industry quickly backed the emergency board’s recommendations, and most national railroad unions have now reached tentative deals with management. Two unions that represent about half the workforce—the Brotherhood of Locomotive Engineers and Trainmen, and the SMART Transportation Division—have not.

The unions that have reached tentative agreements plan to honor picket lines, meaning that a strike by one union would have the force of an industry-wide walkout. There’s also no guarantee that the agreements will ultimately be ratified by members when they’re put to a vote. On Wednesday, nearly 5,000 members of the International Association of Machinists and Aerospace Workers rejected the tentative deal and authorized a strike later this month. The Brotherhood of Railroad Signalmen has also rejected the tentative deal.

Rail workers’ frustration has been building for years as companies controlled by investors like Warren Buffett record billions in profits while laying off workers and cutting costs.

Grooters and other workers’ frustration has been building for years as rail companies controlled by investors like Buffett record billions in profits while laying off workers and cutting costs. The rail industry calls this “precision scheduled railroading.” Workers see it as little more than a euphemism for squeezing as much as possible out of them. As The American Prospect concluded in a February investigation, PSR has meant “running faster, longer trains, and skimping on service, spare capacity, systemwide resilience, and safety.”

PSR and the consolidation of the rail industry into seven so-called Class I carriers—down from 40 in 1980—has been phenomenally lucrative. Martin Oberman, the head of the federal government’s Surface Transportation Board, said last year that rail companies have paid out roughly $200 billion to shareholders since 2010—nearly $50 billion more than they spent on infrastructure during that period.

Much of the cost has been borne by workers. Grooters has four weeks of vacation and 11 personal days each year, but they don’t have weekends, or two days of rest during the week. Instead of a regular schedule, they and other rail workers have to report to work within hours of being called up. As Grooters explained in an interview with Jacobin, that can mean working a “morning one day, an afternoon the next, and an overnight after that.”

Michael, a pseudonym for a Midwest-based conductor who requested anonymity to avoid potential retaliation, said that he has between 90 minutes and two hours to report to work once he’s called for a shift. “You can’t go to doctor’s appointments. You can’t attend social events. No family functions, school recitals. All that’s off the table should your phone ring,” he says. “I don’t know how many times I’ve been around to take my wife to dinner, and we’ve had to turn around and say, ‘Sorry, babe, I gotta go to work.'”

Friends drop off as well. “You get to a point where nobody calls you for the function anymore,” Michael explains. “Because, well, ‘He’s just not gonna be able to attend. We know that at this point.'”

Companies have emphasized that rail workers can make six-figure salaries. A worker I spoke with reported getting close to that one year, but said he spent 190 days in hotels to do so.

Railroad companies have emphasized that their workers can make six-figure salaries. Michael reported getting close to that one year, but said he spent 190 days in hotels to do so. He is a veteran who has deployed to the Middle East. Outside of war zones, he says, he’s never been more exhausted than he has been in his current job.

In the past, rail workers say they accepted the lack of paid sick time because they were compensated well enough to take unpaid leave. But as a result of PSR and other cost-cutting, there’s barely any spare capacity in the system. It means that workers often can’t take unpaid time off without risking their jobs.

Taking vacation days can be tough, too. Workers might be scheduled to take a trip only to find themselves called up just before for a job that could leave them stuck far from home for days. To make sure they catch their flights, they might call out sick and accept the penalty points that come with it. They start the vacation knowing that they’ll be on thin ice when they get back.

During the last national rail strike in 1992, Congress and President George H.W. Bush immediately intervened to force workers back on to the job. The decision led the chief union negotiator to say that his side was getting “butchered to death.”

Following that path would be far less palatable to Biden, a “train guy” who has vowed to be the “most pro-union president you’ve ever seen.” But there are reasons for workers to be worried. House Majority Leader Steny Hoyer has said that Congress would pass legislation to end a strike “if needed.” On the other side of the aisle, the Washington Post reports that Republican senators have introduced legislation to force both sides to accept the recommendations of the board convened by Biden if a deal is not reached.

Grooters believes railroad companies are already trying to turn the public against workers by declining to accept some freight before a strike even begins. “As workers, I don’t think the goal is for us to walk the picket line for any other reason than that we want to be treated as human beings,” they say.

Everyone Michael has spoken to is in favor of striking. “We’re incredibly jaded,” he says. “We feel like there’s no end in sight. We feel hopeless. And [striking] feels like the only recourse at this point.” Even if they do, he knows Congress can force them back to work. “It’s really a tough position for us,”  Michael continues. “I feel like it’s a modern-day form of legal union busting.”