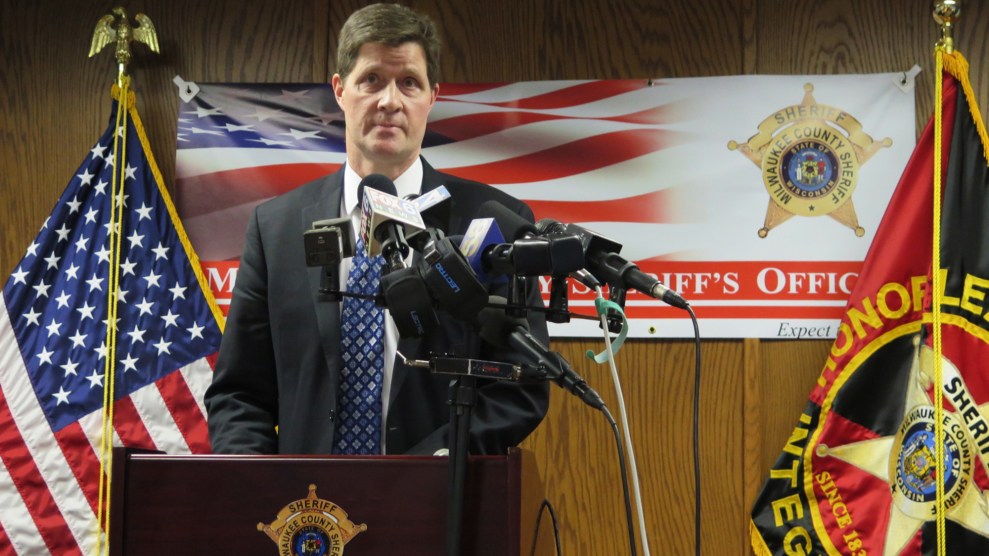 On a cloudy day in September, Eric Toney, the Republican candidate for Wisconsin Attorney General, called a press conference. Flanked by local police brass, Toney was in Milwaukee—a city he said is descending into a “shooting gallery”—to announce a signature campaign policy: Taking power away from the local district attorney John Chisholm.

“I refuse to accept this as the new normal,” Toney said of a 91 percent rise of Milwaukee’s murder rate since 2019. “That’s why I have advocated for granting our attorney general original prosecution authority here in Milwaukee so we can take on the crime that they are unable, or unwilling to prosecute.”

Across the country, Republican state lawmakers are calling for the same, taking away the power of local prosecutors who have adopted reforms that seek to reduce mass incarceration. But these power grabs are about more than crime. They are about the implementation of minority rule. State politicians are removing home rule from local voters in hopes of gaining points for crushing cities they depict as lawless and ungovernable.

“[Toney is] carelessly—and for motivated political gain—using racially coded rhetoric to invite the open usurpation of the legal order set forward by the state itself and the state constitution,” said Atiba Ellis, a law professor and voting rights expert at Marquette University in Milwaukee. “And that’s a dangerous game.”

Toney’s proposal is that if he’s elected in November, he, not Chisholm, would make the charging decisions for Milwaukee county, where about 70 percent of Wisconsin’s Black population lives. Chisholm, first elected in 2007, had gained national attention as a reformer who sought to implement a “paradigm shift” in how district attorney’s operate, paving the way for other progressive prosecutors in cities like Boston, Chicago, St. Louis, Philadelphia, and San Francisco.

Chisholm would not be the first DA to face this anti-democratic gambit. In St. Louis county, after Wesley Bell was elected on a progressive platform in 2018, the Missouri state legislature drafted a bill that would refer criminal complaints to the Missouri Attorney General to review if Bell’s office chose not to charge them. Earlier this year in Florida, Governor Ron DeSantis suspended the state attorney for Hillsborough county, Andrew Warren, after he said he’d defy the 15-week abortion ban that DeSantis championed.

As Republicans demagogue crime in the weeks leading up to the 2022 midterm elections, state lawmakers in Pennsylvania have filed articles of impeachment against Philadelphia’s progressive prosecutor Larry Krasner, who’d been soundly reelected in 2021. The Republican candidate for Minnesota Attorney General, Jim Schultz, has threatened to follow Toney’s example if progressive candidate Mary Moriarty takes control of the Hennepin County Attorney’s office in Minneapolis.

Since the 2020 election, Republican leaders in Wisconsin like Robin Vos have publicly expressed their preference to exclude Milwaukee from state elections. With Eric Toney’s original jurisdiction plan, they’ll do one better: disempowering Milwaukee voters in their own local elections.