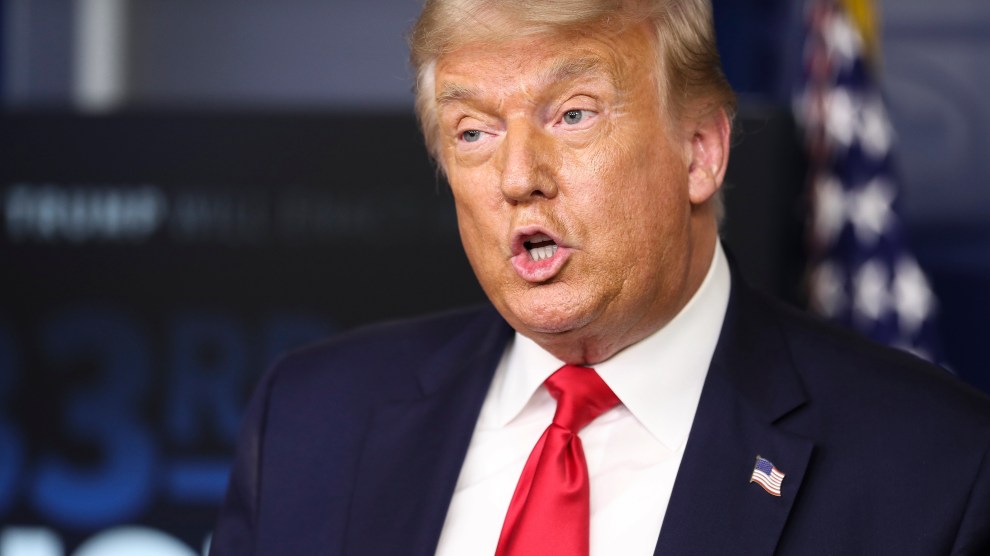 The topic arose during President Trump’s Tuesday afternoon coronavirus briefing after he doubled down on his belief that hydroxychloroquine is an effective treatment for COVID-19, despite a dearth of evidence supporting this claim. On Monday night, Trump retweeted a video in which a group of doctors touted the drug as a cure for the coronavirus. Twitter deemed the doctors’ claims so egregious that it deleted the tweet and penalized Donald Trump Jr., who’d also shared the post, for spreading misinformation.

Trump didn’t seem to see the problem with the video. “There was a group of doctors yesterday, a large group, that were put on the internet, and for some reason the internet wanted to take them down,” he said at his press briefing. “There was a young woman who was spectacular in her statements about [hydroxychloroquine], that she’s had tremendous success with it, and they took her voice.”

That young woman subscribes to some rather outré theories, among which is her belief that dream-sex with witches and demons causes gynecological problems. (The myth of the incubus dates to the third millennium BCE.)

“The woman that you said was a great doctor in that video that you retweeted last night said that masks don’t work and there is a cure for COVID-19, both of which health experts say is not true,” CNN’s Kaitlan Collins said. “She’s also made videos saying that doctors make medicine using DNA from aliens, and that they’re trying to create a vaccine to make you immune from becoming religious.”

“I can tell you this,” Trump replied. “She was on air, along with many other doctors, and they were big fans of hydroxychloroquine, and I thought she was very impressive, in the sense that from where she came—I don’t know which country she comes from—but she said that she’s had tremendous success with hundreds of different patients, and I thought her voice was an important voice, but I know nothing about her.”

To be fair, Trump most likely knows nothing about the doctor’s demon-sex theories, which were originally unearthed by the Daily Beast. But that certainly doesn’t make it any less hilarious to watch the president defend a doctor who seems to have gotten her training at the Boris Karloff School ofMedicine. Here’s the video: