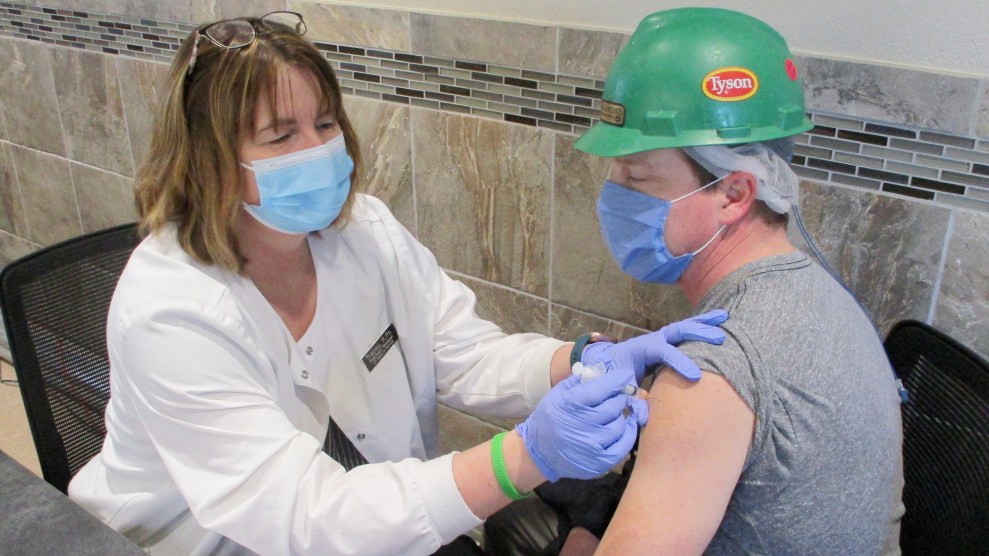 Local governments are doing what public health officials had feared: turning down the Johnson & Johnson vaccine under the false assumption that the single-dose, relatively shelf-stable shot isn’t the “best.”

Mayor Mike Duggan of Detroit declined 6,200 J&J shots that would have added to the city’s arsenal of Pfizer and Moderna vaccines, according to the Detroit Free Press and Crain’s Detroit. “Johnson & Johnson is a very good vaccine,” Duggan said at a Thursday briefing. “Moderna and Pfizer are the best. And I am going to do everything I can to make sure the residents of the city of Detroit get the best.”

This isn’t a good way of thinking about the coronavirus vaccines. Public health officials are purposely shying away from describing one vaccine as any better or worse than another, because they are all highly effective at preventing severe illness and death. As former FDA chief scientists Dr. Jesse Goodman told me earlier this week, all the vaccines work.

“All three vaccines that are currently available under emergency use in the US are very effective in preventing against severe disease, and that’s the main thing individuals need to worry about,” Goodman told me. “What we really want to do is prevent people from getting really sick, and getting hospitalized or dying, and the J&J vaccine appears to do a perfectly fine job with that.”

Plus, the vaccines can’t be compared head to head because each was tested in its own clinical trial. And, as public health officials have pointed out, the J&J vaccine was tested in countries where more contagious variants of the virus were spreading—variants against which the mRNA vaccines may also be somewhat less effective.

Re: J&J 72% vs Pfizer/Moderna 95% – it's sorta like comparing scores of golfers who teed off during a calm morning to those who teed off at 1pm when winds were howling. While it's hard to make precise adjustment, it's clear that equally good play will result in different scores.

Dr. Anthony Fauci explained at a White House press briefing earlier this week that despite their different mechanisms, the mRNA and the J&J vaccines share the same “ultimate end game.” “Both the vaccines ultimately result in a spike protein in the right conformation that gives the body the opportunity to feel that this is the actual virus that it’s seeing when it’s not—it’s the protein,” he said.

So, now is not the time to base public health decisions on which vaccine politicians think is “best.”