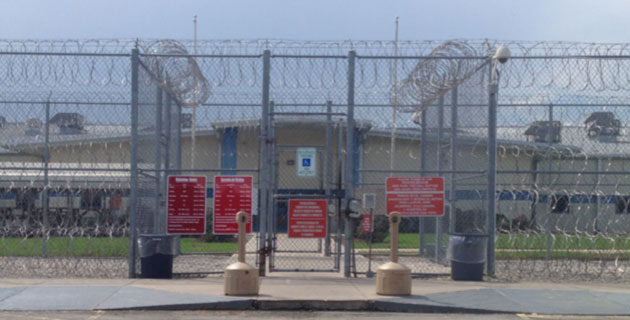 Rotten food, limited access to sunlight, and even arbitrary solitary confinement: For undocumented immigrants in US Immigration and Customs Enforcement custody, detention could mean all that and more.

According to the Detention Watch Network, a national coalition pushing for changes in immigration detention, ICE holds more than 400,000 immigrants in 33,400 jail beds across the United States. On Thursday, DWN released a report highlighting what it calls the nation’s 10 worst immigration detention centers and calling for their immediate closure. Among the abuses at these jails and prisons—most run by county prison systems, but some by private firms like Corrections Corporation of America—the report claims:

At all ten of the facilities, people reported waiting weeks or months for medical care; inadequate, and in some cases a total absence, of any outdoor recreation time or access to sunlight or fresh air; minimal and inedible food; the use of solitary confinement as punishment; and the extreme remoteness of many of the facilities from any urban area which makes access to legal services nearly impossible.

This shouldn’t come as a surprise to anyone who has seen Frontline‘s excellent “Lost in Detention,” which focused on the fallout from Obama’s deportation-heavy first term. Still, the 2009 death of 39-year-old Roberto Medina Martínez at Georgia’s Stewart Detention Center—one of the facilities called out by DWN—is a graphic reminder of what can happen when more and more immigrants are rounded up for deportation and sent to overwhelmed and inadequate facilities, where they’re often treated like prisoners even though they’re not serving criminal sentences. (Rather, they’re undergoing administrative immigration proceedings that usually result in deportation.)

Immigration reform may be a post-election topic du jour—with everyone from President Obama to Florida Sen. Marco Rubio pledging to push legislation posthaste—but hardly anyone is talking about fixing our broken detention system. As Rep. Jared Polis (D-Colo.) said in a Thursday press call, “Taxpayers shouldn’t be asked to continue to support this waste of money and resources.”

Click on our map below to learn more about each of DWN’s worst offenders: