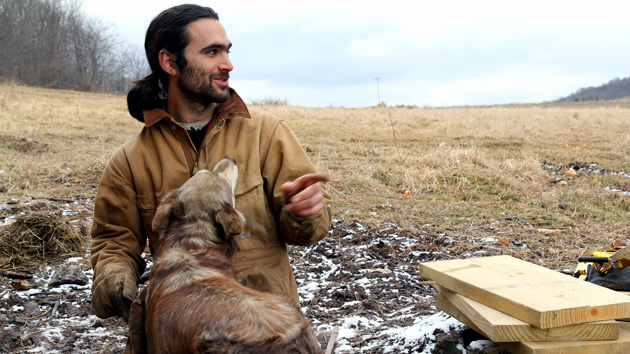 Farmer Adron Dell’Osa is packing his house onto a trailer and leaving Pennsylvania. James West

At first glance, the sweeping new law signed this month may seem a good deal for local communities. Over the next 15 years, the state is projected to rake in between $190,000 to $355,000 per gas well; 60 percent of that will go back to counties and municipalities, with the rest going to a state-managed fund for infrastructure projects. Proponents in the Republican-controlled Legislature insist that the law levels the playing field for industry, while rewarding counties.

But fracking can be a messy and dangerous business, and locals complain that the law takes control away from citizens who have battled hard for local decision-making.

Watch the video and you’ll see a tale of two Pennsylvanias: The first one, recognizable from Josh Fox’s documentary Gasland, is Susquehanna County, bordering New York state. It is dotted with wells—the result of minimal local zoning laws. The second Pennsylvania is Dallas Township, where disputes, protests, and citizen engagement have kept most fracking development at bay. For now.