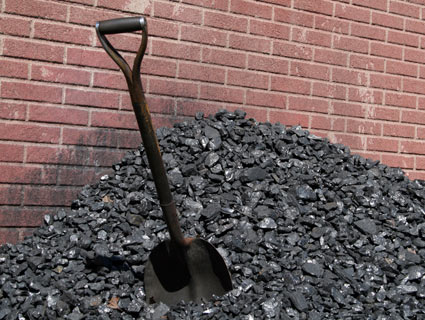 The dream of taking the crud out of coal has been around for a long time. As far back as 1918, a West Virginia United Mine Workers leader extolled the “absolute necessity of producing clean coal.” Back then black soot was the main problem. Today, scrubbers are trapping most of coal’s visible grime before it leaves the smokestack, though what’s left is still enough to sicken hundreds of thousands. The industry has resisted calls to clean up further, and the White House last year ordered a key clean-air rule delayed until 2013; still, the technology is available to handle most of coal’s dangerous byproducts—but what about invisible, climate-wrecking CO2? Here’s why that’s harder to tackle.

Energy: To de-carbonize a coal plant, you must first separate out the carbon, then store it somewhere. That requires a lot of energy, meaning you have to burn coal to clean up coal. “That’s by far the biggest barrier to the whole thing,” says Revis James of the Electric Power Research Institute (EPRI), an industry group. The “energy penalty” for carbon capture and storage (CCS for short) can be as high as 28 percent.

Cost: With current technology, CCS increases the price of coal-generated electricity as much as 94 percent—and in the absence of a price on carbon, there’s zero incentive for companies to invest in it. Even if they did, it would be cheaper and simpler to just apply the technology to natural gas plants: A new coal plant with CCS runs $135 per megawatt-hour ($75 without), while a carbon-capturing natural gas plant costs about $109/mwh.

Politics: Coal companies have generally been more interested in promoting the idea of clean coal than actually making it happen. Case in point: As the debate over a climate bill ramped up in 2008, members of the American Coalition for Clean Coal Electricity, an industry-funded group, had pledged $3.6 billion to developing CCS technology. These companies made a combined total of $297 billion in profits between 2003 and 2008—in other words, for every $1 in profit, they committed to spend a penny on clean-coal research. Now, with no new carbon regulation on the horizon, there’s even less incentive to push toward clean-coal innovations, says EPRI’s James. “People feel like they can invest in other research priorities.”