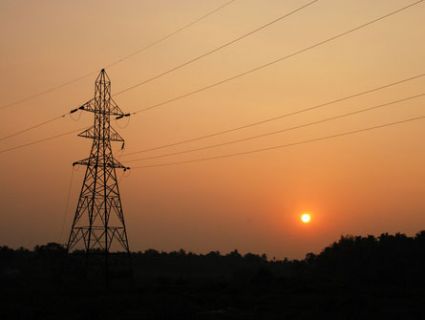 More than 700 million people in India have been left without power in the world’s worst modern blackout, prompting fears that protests and even riots could follow if the country’s electricity supply continues to fail to meet growing demand.

Twenty of India’s 28 states were hit by power cuts, along with the capital, New Delhi, when three of the five electricity grids failed at lunchtime.

As engineers struggled for hours to fix the problem, hundreds of trains stalled, leaving passengers stranded along thousands of miles of track from Kashmir in the north to Nagaland on the eastern border with Burma.

Traffic lights went out, causing widespread jams in New Delhi, Kolkata, and other major cities. Operations were canceled across the country, with nurses at one hospital just outside Delhi having to manually operate life-saving equipment when backup generators failed.

Elsewhere, electric crematoriums stopped operating, some with bodies left half burnt before wood was brought in to stoke the furnaces.

As Delhiites sweated in 89 percent humidity and drivers honked their horns even more impatiently than usual, in West Bengal the power cut left hundreds of miners trapped underground for hours when their lifts broke down. All the state’s government workers were sent home after the chief minister announced it would take 10 to 12 hours for the power to return.

First to fail was the northern grid, which had also collapsed the previous day, leaving an estimated 350 million people in the dark for up to 14 hours. This was quickly followed by the eastern grid, which includes Kolkata, then the northeastern grid.

An estimated 710 million people live in the affected area, more and more of whom require electricity as they snap up the air-conditioning units, flat-screen TVs, and other gadgets that have become status symbols among India’s burgeoning middle classes.

The two consecutive blackouts raised serious concerns about India’s creaky infrastructure and the government’s inability to meet its increasing appetite for energy as the country aspires to become a regional superpower.

The power minister, Sushil Kumar Shinde, blamed the latest collapse on states taking more than their allotted share of electricity. “Everyone overdraws from the grid. Just this morning I held a meeting with power officials from the states, and I gave directions that states that overdraw should be punished. We have given instructions that their power supply could be cut,” he said.

In a curiously timed move, the government announced on Tuesday that Shinde had been promoted to the home affairs ministry. The power brief was given to a minister who already had a job he was expected to keep—Veerappa Moily, the corporate affairs minister.

Opposition parties were quick to make political capital out of the power crisis. “This is a manifestation of mismanagement—the prime minister owes an answer to the people of this country,” a spokesman for the Bharatiya Janata party said. Manmohan Singh, India’s prime minister, did not comment.

Citizens could take to the streets if the blackouts continue, warned Harry Dhaul, director general of the Independent Power Producers Association of India, an NGO that campaigns for improvement of the Indian power sector. “There will obviously be some agitation in urban areas, which have become very reliant on electricity…There could be riots; there could be protests,” he said.

At the beginning of July, repeated power cuts during a spell of triple-digit heat prompted hundreds of residents to vandalize electricity substations in the new city of Gurgaon, just outside Delhi. Rioters even beat up energy company officials, holding some of them hostage and blocking roads in several parts of the city.

But despite howls of protest from those whose TVs and computers were not working this week, one-third of India’s households do not even have electricity to power a lightbulb, according to the 2011 census.

A large minority of those in the blackout zone have never been connected to any grid—just 16.4 percent of the 100 million people who live in the central-eastern state of Bihar have access to electricity, compared with 96.6 percent in Punjab in the west.

India’s demand for electricity has soared along with its economy in recent years, but utilities have been unable to meet the growing needs. India’s Central Electricity Authority has reported power deficits of more than 8 percent in recent months.

Greenpeace said the blackout was “an eye opener that the present energy infrastructure in India needs to be diversified, both at the generation and the distribution level.”

Tuesday’s power deficit was worsened by a weak monsoon that has lowered hydroelectric generation and kept temperatures higher, further increasing electricity usage as people seek to cool off.

Experts agree India must invest in its power generating infrastructure, not just to sate the appetite of its 1.2 billion people, but to keep up with China, its only serious rival as a future global superpower alongside the US.

Since 2006, China has added about six times more power than India to its national grid each year: an average of 84 gigawatts for China to 14 gigawatts for India, the Wall Street Journal reported.

Dhaul said the reason India had not kept pace with China was not a lack of political will but the fact that India is a democracy. “In China, if they want to build a hydroelectric dam and someone complains about it, it doesn’t matter—in 24 hours he has been relocated and the building work starts. We can’t do that in India,” he said.

By early evening, 50 of the trapped miners in West Bengal had been rescued and power had been restored to the northeast of the country, as well the most affluent areas of Delhi, such as the grand colonial neighborhood built by Edwin Lutyens, home to many politicians and diplomats. The superrich are less affected by the power cuts that are an almost daily occurrence in much of India. They can afford diesel-powered generators and power inverters that can keep basic electronics such as lights and fans working.

But the generators require fuel, which can be scarce during a blackout. The Wall Street Journal reported on Tuesday that at a major hospital in Gurgaon the backup generators failed after prolonged use. This forced nurses to manually operate life-saving equipment such as ventilators for about 15 patients. “We were lucky that no lives were lost,” a senior doctor said. “The generators came back up in about 20 minutes.”