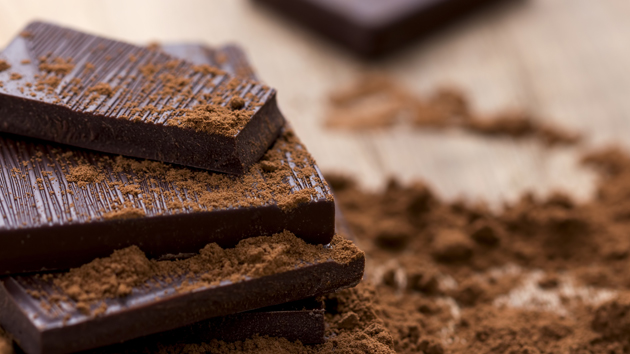 This story originally appeared in the Atlantic and is republished here as part of the Climate Desk collaboration.

Regardless, the world is running out of chocolate. In 2013, the world consumed about 70,000 metric tons more cocoa than it produced. And now, Mars, Inc. and Barry Callebaut—two of the world’s biggest manufacturers of chocolate goods—are warning that by 2020, that consumption-over-production number could increase to 1 million metric tons (a fourteen-fold bump). “Chocolate deficits, whereby farmers produce less cocoa than the world eats, are becoming the norm,” The Washington Post reported. We are in the midst of what may be “the longest streak of consecutive chocolate deficits in more than 50 years” and analysts say it’s only going to get worse.

What will that mean for the average chocoholic? Chocolate could not only become more expensive; confectioners could also start extending their chocolate supplies by combining cacao with other ingredients like vegetable fat and flavor chemicals.

So why can’t the world’s chocolate supply keep up with its chocolate demand? Part of the problem—besides the combination of drought and disease mentioned above—involves the cacao plants themselves. Chocolate trees take an exceptionally long time to yield fruit. That doesn’t just make for slow production; it also means that genetically selecting for high-performance plants can be a challenge. “A corn breeder,” Bloomberg points out, “can raise three new generations of corn in a single year—three opportunities to select for desirable traits. A new cacao seedling, by comparison, won’t produce fruit for two years at the earliest, and it takes 10 years to reveal traits worth perpetuating.”

Those traits include resistance to threatening organisms—in the past, cacao crops have been blighted by fungi with names like “witches’ broom” and “frosty pod rot”—and, of course, a flavor that is pleasing to the human palate.

One of the high-performing cacao beans, a chocolate consultant says, tastes like “acidic dirt.”

As a response to the chocolate shortage, farmers are investing in new strains of cacao. One of these is a breed called CCN51, renowned both because it produces nearly seven times more beans than its traditional Ecuadorian counterpart and because it is resistant to witches’ broom. Scientists, however, still have more work to do when it comes to cultivating CCN51: Its flavors on the human palate, according to one profiler, include “weak basal cocoa with thin fruit overlay; lead and wood shavings; astringent and acidic pulp.” The bean overall is, as those references would suggest, “quite bitter.” (Or, as one chocolate consultant says, CCN51 tastes like “acidic dirt.”)

There’s another strain that holds promise, too, though. This high-performing cacao was developed by a Central American agricultural research organization called Centro Agronomico Tropical de Investigacion y Ensenanza, or CATIE. It is, like CCN51, resistant to fungi like frosty pod. It is also, like CCN51, exceptionally fecund, meaning a higher ratio of fruits to trees as compared to current strains. (One grower, in Costa Rica, anticipates a yield of 1,500 kilograms per hectare—which is more than seven times the country’s average.)

These cacao strains, called R-1, R-4, and R-6, have one significant improvement over CCN51: They taste really good. In 2009, beans of two of the strains, R-4 and R-6, were entered into the International Cocoa Awards at the Salon du Chocolat in Paris. Both won prizes—R-4 for its “sweet, floral, and fruity notes,” and R-6 for its “nutty and woody notes, with undertones of brown fruit.”

So chocolate-producers in Central and South America may have found a few ways out of the world’s chocolate shortage. The question is whether other regions will follow suit, and, of course if the beans taste less like “acidic dirt” and more like, well, chocolate.