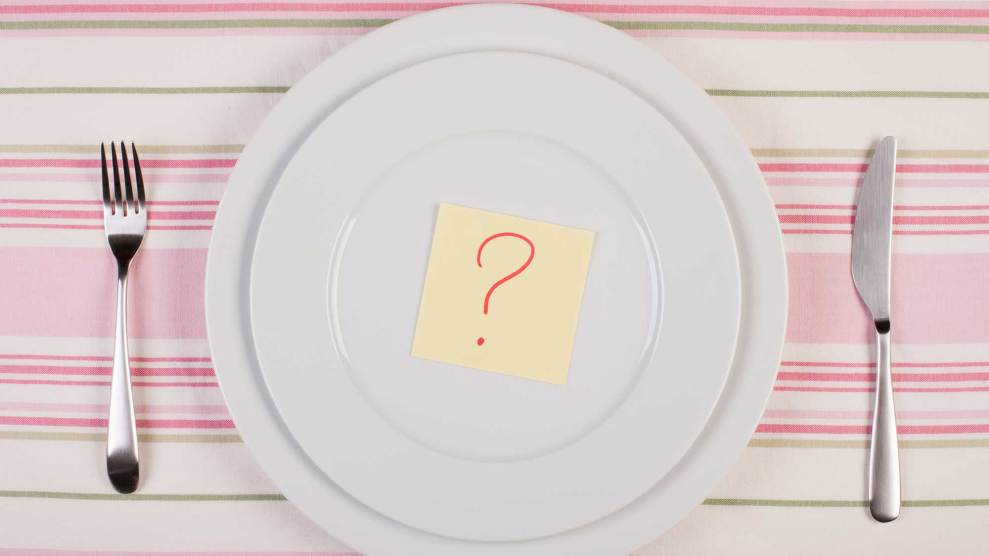 Ask anyone to name a Native American food, and chances are, they’ll say “frybread.” The crisp, oily, disk-shaped doughnut has come to represent Indian culture all over the United States. It originated with the Southwest’s Navajo Indians, and South Dakota also proudly named it its state bread in 2005. 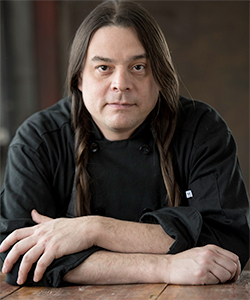 But the pastry’s origins are less savory: In 1864, the US government forced the Navajos and Mescolero Apaches off their land in Arizona and onto a reservation in remote New Mexico, dragging them on what was soon known as “the Long Walk.” Stranded on inhospitable desert, the tribes couldn’t farm, and were sent canned goods and rations of white flour, sugar, and lard to eat. Frybread emerged as a survival food. As Native American writer and activist Suzan Shown Harjo once put it, “Frybread was a gift of Western Civilization from the days when Native people were removed from buffalo, elk, deer, salmon, turkey, corn, beans, squash, acorns, wild rice, and other real food.”

It’s those original sources of sustenance, rather than frybread, that motivate Oglala Lakota chef Sean Sherman. Sherman, our guest on this week’s episode of Bite, is on a mission to revive the pre-Reservation cuisine of Indian tribes—food that’s largely gone missing from the American diet.

Sherman grew up on South Dakota’s Pine Ridge Indian Reservation, one of the country’s poorest places. As he explains, “a lot of the food systems had been pretty much wiped away” in favor of commodity ingredients from the feds—”canned salmon, chipped beef, government corn flakes, and government cheese.” Sherman’s family supplemented with hunted game, which “wasn’t typical for the Native families around the area.”

After working in kitchens throughout his teens, in 2014, Sherman decided to open his own catering and consulting company called The Sioux Chef in the Twin Cities. He gravitated toward the foraged foods, local game, and indigenous plants of his ancestors. Little Earth of United Tribes, a Native American community organization in Minneapolis, soon asked him to help develop the menu for what’s become a popular food truck, the Tatanka Truck. The projects became his way of rebelling against the very commodities that symbolized government oppression in his childhood.

To uncover original Native American cuisine, Sherman had to take “this giant broken pot that was shattered all over the place and piece it back together.”

To construct this “un-modernist cuisine,” as he calls it, he delved into historical documents, cookbooks, foraging manuals, first-person accounts, and even archeological texts. The process was like trying to take “this giant broken pot that was shattered all over the place and piece it back together.”

Sherman concocts dishes like corn and sumac-seared Walleye and duck and wild rice pemmican (see recipe below), focusing on “building plates that speak of a certain region, almost like a walk around a lake.” Indeed, trees, shrubs, and buds you’ve probably never imagined were edible turn up in his meals. He even has a culinary ethnobotanist on staff to help him identify wild plants that he can use.

Cooking this way doesn’t just pay homage to Sherman’s culture: He also sees this cuisine as much healthier than the typical American diet. Frybread has 700 calories and 25 grams of fat, one of the many reasons that modern Native Americans struggle with diabetes and obesity. Traditional Native American cooking, on the other hand, is “dairy-free, gluten-free, soy-free, [processed] sugar-free—super diet-friendly,” Sherman says. 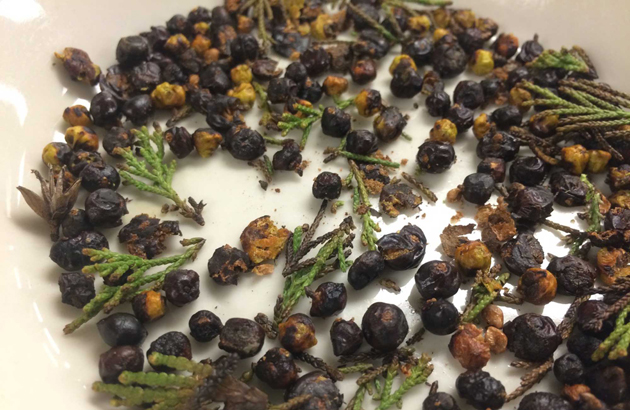 Sherman uses dried juniper berries to give his food a “peppery, earthy bite.” The Sioux Chef

With critical acclaim and attention from the New York Times and NPR, Sherman has set his sights on expanding his reach. He teaches workshops on his techniques  and supports Native American-owned businesses in hopes of cultivating more of a community around indigenous foods. After launching an online fundraising campaign for a restaurant in the works, the Sioux Chef became the most backed eatery on Kickstarter ever.

The 42-year-old chef doesn’t want to stop there. Dine out in any major American city, and you’ll notice plenty of restaurants paying tribute to immigrant cuisine: Mexican taco stands, Ethiopian joints, Jewish delis, Vietnamese cafés. “There should be restaurants all over the country showcasing Native American foods,” Sherman says. “America should be identified by the culture behind it.”

Don’t miss the full interview, which also includes Sherman talking about his connection to the ongoing Dakota Access Pipeline protest. And check out this recipe from the Sioux Chef’s forthcoming cookbook. 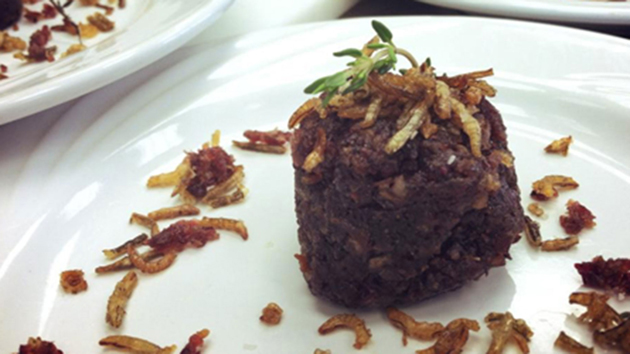 Note: Inspired by the ancient practice of drying meat for preservation, this duck appetizer is rich, satisfying, and surprisingly easy. While it takes a little time and patience for the duck to dry in either a dehydrator or a very low oven, the recipe comes together in a snap.  Serve as finger food or on a bed of greens for a starter or light meal.

Carefully remove all of the skin and the fat from the duck breasts, cutting close to, but avoiding the meat. Once the fat and skin are removed, cut into 1-inch size chunks. Place the skin, with its fat, into a heavy-bottomed skillet or Dutch oven. Set the pan over low heat and slowly cook, stirring occasionally, until the skin has crisped and released its fat to liquid oil, about 45 minutes. With a slotted spoon, remove the crisped skin (cracklings) and drain them in a bowl lined with paper toweling. Allow the liquid fat to cool to room temperature then strain through a fine mesh sieve lined with cheesecloth into a bowl or clean glass jar.

In a small bowl, mix together the sugar and salt.

Slice the duck breast into thin, long strips along the grain. Rub both sides of the duck strips with the salt/sugar mix. If you have a food dehydrator, follow the instructions for making jerky; or to dry the duck in the oven, preheat the oven to the lowest setting (130 to 150 degrees). Lay the strips on a wire rack set over a rimmed baking sheet and put this in the oven. Leave the meat until it is dried out but still pliable, about 6 to 8 hours.

In a medium skillet, heat the duck oil over low and add the wild rice. Shake the pan until the rice begins to “pop” and “puff.” Spread the rice out on a paper towel. Reserve 1 tablespoon of the puffed rice for garnish.

Put the cracklings, dried duck, puffed wild rice (except for the reserved amount), dried blueberries, and any leftover duck oil into a food processor fitted with a steel blade. Pulse to chop fine. Put the mixture in a bowl and using 2 tablespoons or 1/8th measuring cup,  form the mixture into small bites. Serve garnished with the puffed wild rice.

* Maple sugar can be found in the baking section of most co-ops and grocery stores and sometimes in bulk. If it’s not available, substitute light brown sugar.