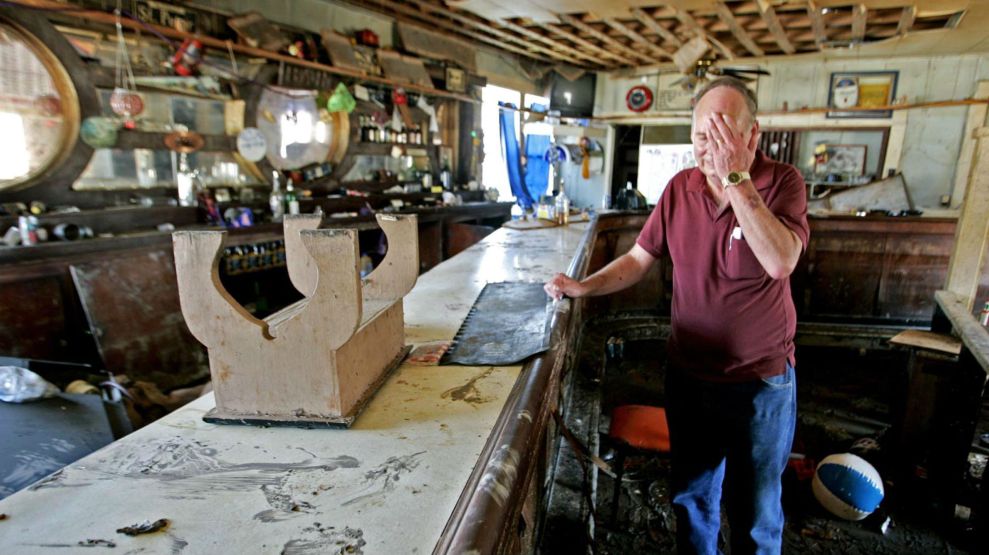 Climate change threatens our cities, our crops, our health and our safety. What many people don’t know is that it also threatens our minds.

On Wednesday, just a day after President Donald Trump signed an executive order undoing the Obama administration’s climate change efforts, the American Psychological Association and the environmental group ecoAmerica published a report describing how climate change is poised to take a grievous toll on our mental health. The report, “Mental Health and our Changing Climate: Impacts, Implications and Guidance,” concludes that people living in a number of regions could become more susceptible to post-traumatic stress disorder, anxiety, depression, suicide, and other mental health issues as a result of climate change.

“It all sounds quite drastic, but it’s not inevitable,” Susan Clayton, one of the authors of the report, said Wednesday during a webinar on the topic.

“Loss of place is not a trivial experience.”

In addition to outlining the connection between climate change and mental health, the report also offers guidance on how to help people who are most vulnerable. That includes expanding infrastructure for mental health programs in susceptible communities and better preparing first responders to address mental health issues in the wake of a disaster.

Here are some of the connections between changing weather patterns and mental health:

Disasters are linked to short- and long-term mental health issues

In 2014, human-induced climate change played a role in at least 14 extreme weather events, National Geographic reports. These included Hawaii’s active hurricane season, droughts in East Africa, and record rains in New Zealand and France. People who endure such events may subsequently experience immediate or long-term psychological trauma due to personal injury, death of a loved one, or loss of personal property or livelihood, among other issues.

Acute traumatic stress is the most common mental health problem that survivors of natural disasters experience, according to the report. But it’s far from the only one.

Of a sample of people affected by Hurricane Katrina in 2005, for example, 1 in 6 had post-traumatic stress disorder. Suicide and suicidal ideation—also known as suicidal thoughts—more than doubled among this group in the aftermath of the storm. And nearly half the people developed an anxiety or mood disorder such as depression.

In the U.S. alone, the number of heat waves tripled between 2011 and 2012. Studies have found that hot temperatures are associated with increased aggression—which can lead people to hurt themselves and others.

Homicide rates rise when temperatures go up, a number of studies have concluded. Higher temperatures have also been linked to increased instances of suicide, because the “distress” of feeling hot can sometimes overwhelm people with pre-existing mental health conditions.

Displacement can lead to feelings of severe loss

By 2050, about 200 million people will be displaced due to climate change. This is expected to occur because of a number of factors, including rising sea levels and certain areas becoming unable to support crops. Losing one’s home can lead to a condition called solastalgia, characterized by intense feelings of desolation and loss.

“Loss of place is not a trivial experience,” the authors of the report note. “Many people form a strong attachment to the place where they live, finding it to provide a sense of stability, security, and personal identity.” People who maintain an attachment to their local community also report experiencing greater happiness, life satisfaction and optimism.

Compounding the problem is the fact that people who are forced to move will also lose social connections, meaning their crucial support systems are likely to erode. The loss of these networks would put people’s sense of continuity and belonging at risk.

Loss of land and occupation leads to loss of identity

People with location-based occupations, like farmers and fishermen, will have to abandon their work if the natural world changes too much. This is happening in communities worldwide, but the circumpolar north is especially vulnerable. It’s warming at more than twice the global average rate, putting local indigenous people at what the report calls “the frontlines in experiencing climate change effects.”

“I think for the Inuit, going out on the land is just as much a part of our life as breathing.”

In Canada, for example, Inuit people hunt, fish, forage and harvest regularly. Mental health professionals have a number of concerns about this specific community, whose well-being could be compromised with even a subtle change to their environment. Inuit people say they’re turning to drugs and alcohol to help fill “the newly ’empty’ time” they once used for land-based activities, the report notes. Professionals are also concerned that members of this community could lose a sense of their cultural identity and a feeling of balance and good health that they derive from the natural world.

“I think for the Inuit, going out on the land is just as much a part of our life as breathing,” a local leader said, according to the report. “So if we don’t get out, then, for our mental well-being, it’s like you are not fulfilled.”

If you or someone you know needs help, call 1-800-273-8255 for the National Suicide Prevention Lifeline. You can also text HELLO to 741-741 for free, 24-hour support from the Crisis Text Line. Outside of the U.S., please visit the International Association for Suicide Prevention for a database of resources.