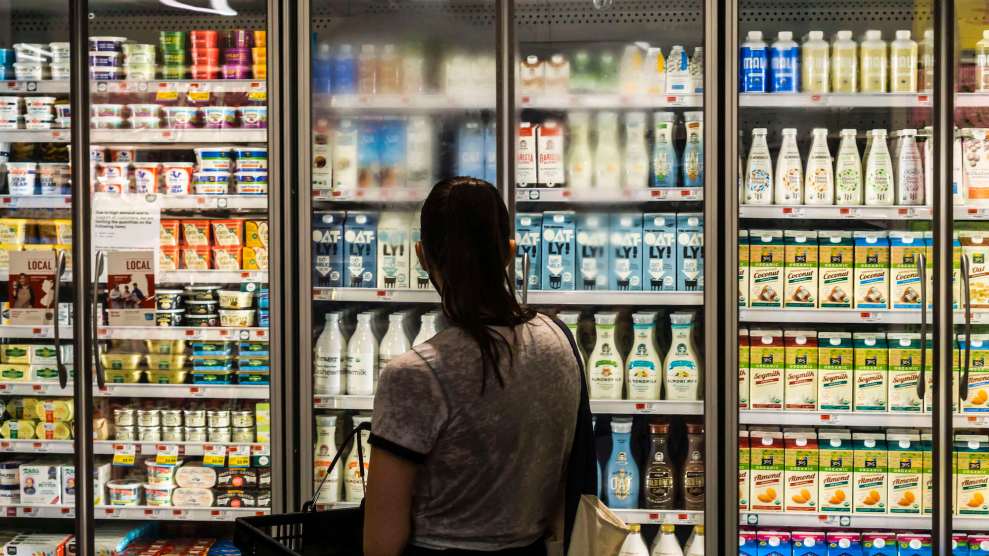 During the contest for the 2020 Democratic presidential nomination, senators Elizabeth Warren (D-Mass.) and Bernie Sanders (Independent-Vt.) ran on a message of progressive rural populism. Among other things, they vowed to break up the handful of seed, pesticide, and meat companies that dominate US agriculture. This agenda seemed to resonate with Democrats in the rural state par excellence, Iowa, with its blanket of corn and soybeans and concentration of teeming factory-scale hog facilities. Sanders finished in a virtual tie for first place in February’s caucus, and Warren ended a strong third.

Together, they claimed 46 percent of the state’s delegates, nearly three times the haul of the eventual Democratic nominee and now president-elect. Joe Biden took gentler approach to corporate power in farming, in line with the wisdom of his top rural advisor, Obama-era US Department of Agriculture chief and now dairy-industry executive Tom Vilsack. The former Iowa governor argued that the bust-’em-up approach isn’t a “winning message” in rural areas, because of the “substantial number of people hired and employed by those businesses here in Iowa,” as he told a political podcast nearly a year before caucus.

As Biden forms his cabinet and prepares to govern, a new paper, commissioned by the Family Farm Action Alliance, makes a strong case that Big Ag consolidation actually harms working-class and farmer livelihoods in rural areas. The authors, University of Missouri rural sociologist Mary Hendrickson, Michigan State University professor Phil Howard, Family Farm Action Alliance’s Emily Miller, and Sam Houston State University’s Douglas Constance, detail how virtually every aspect of our food system—from retail to distribution to meatpacking down to seeds and pesticides—has fallen under control of an ever-smaller number of ever-larger companies, with benefits that accrue mainly to their shareholders.

The array of choices we see at the supermarket is largely an illusion.

For consumers, this hyper-consolidation means that the array of choices we see at the supermarket is largely an illusion, the paper shows. Despite all the creative and varied bottle and box labels on display, four companies—led by Gallo and Constellation—are behind nearly half of the wine sold in the United States. Beer is even more concentrated—four conglomerates own almost 80 percent of the market, including many “craft” brands. Three companies—General Mills, Kellogg, and Post—peddle 83 percent of the cereal in the breakfast aisle. Bagged salad greens? Chiquita and Dole make up more than a quarter of that market.

Fast food options proliferate, but three big ones, KFC, Pizza Hut, and Taco Bell, belong to one company, Yum! Brands.  Together with McDonalds, Wendy’s, and Subway, just four companies grab nearly 40 percent of the booming US fast food market. And the burgers they sell likely come from JBS, Marfrig, Tyson, and Cargill, which process three of every four beef cattle grown in the United States. Chicken nuggets and other poultry delicacies by and large emerge from farms under contract with Tyson, JBS, Perdue, and Sanderson, which control more than half the chicken market.

One reason federal antitrust authorities have greenlighted the mergers that led to such concentration, the authors note, is the idea that allowing a few companies to dominate a particular market is more efficient, leading to lower costs and thus lower prices for consumers. But that’s not really the case. “Consumer prices are ‘sticky,’  rising when costs for powerful processors and retailers increase, but less likely to fall when prices paid to farmers decrease,” they write. And markets dominated by a few huge competitors provide fertile ground for collusion to raise prices. They point to a barrage of recent lawsuit and criminal cases alleging just that, among the the beef, pork, and chicken giants.

Market power translates to political power when conglomerates invest a share of their profits in lobbying and campaign donations—which then often helps them operate in a friendly regulatory environment. Workers suffer the consequences. As the authors note, regulatory authorities have largely been absent as nearly 50,000 meatpacking workers have tested positive for COVID-19 and more 250 have died.

Here’s where we get to Vilsack’s claim about how taking on Big Ag is not a “winning issue” for politicians trying to win elections in rural areas, because they’re such big jobs creators. In reality, agribusiness corporations aren’t major employers in Iowa, and the meatpacking jobs they provide tend to be low-paying and highly dangerous. like those meatpacking jobs. And consolidation results in job losses, not gains. When German chemical giant Bayer took over US seed and pesticide behemoth Monsanto in 2018, the combined conglomerate shed 12,000 jobs globally, including 4,000 in the United States.

Farmers aren’t really benefiting from the consolidation of agribusiness, either. It has helped drain people from the landscape in places like Iowa, as farmers either exit the business in droves or scale up dramatically so they can make a living from tight profit margins. These charts from the report tell the tale: fewer and fewer—and ever larger—farms are producing more and more crops and meat.

The report’s findings raise a stark question: Why should politicians tread lightly around companies who don’t employ many people in rural areas—and whose market power doesn’t serve the interests of those they do contact, like meatpacking workers and farmers?

There are indications that Biden is considering this question. His transition team announced “agency review teams” last week that included fierce advocates for taking on corporate power. Andy Green of the think-tank Center for American Progress has a seat on the Treasury team. Green is the co-author of a scathing 2019 paper calling for a “temporary moratorium on mergers in the agriculture sector, a statutory cap on concentration in various agriculture markets, and more broadly restoring the powerful tools of antitrust enforcement that have been eroded over the past four decades.”

Biden flopped in the Iowa caucuses and lost the state by eight percentage points in the general election.

He is joined on that team by Sarah Miller, executive director of the American Economic Liberties Project, who co-authored her own scathing paper last year, this one denouncing the “failure of Republicans and Democrats to enforce antitrust laws over the past 40 years,” which has has led the “largest agribusinesses to consolidate extraordinary amounts of economic and political power over farmers, workers, communities, politicians, and regulators.” The paper called for the next administration’s antitrust regulators to “unwind vertical integration in meatpacking, separating corporations such as Tyson and Smithfield into livestock breeders, feed lots, and processing companies,” a move that would help level the playing field for farmers. They also urged the break up of the dominant seed-pesticide giants like Bayer, Corteva, and Syngenta, which currently profit from pushing seeds engineered to withstand their own pesticides.

It’s hard to see what Biden has to lose by heeding such counsel. Taking Vilsack’s be-gentle-on-Big Ag advice, he flopped in the Iowa caucuses and lost the state by eight percentage points in the general election—and did even worse in similarly ag-dominated states like North Dakota, South Dakota, Nebraska, Missouri, and Kansas. Standing up to the mega-companies that are squeezing farmers and workers in these areas might help him win back some support.