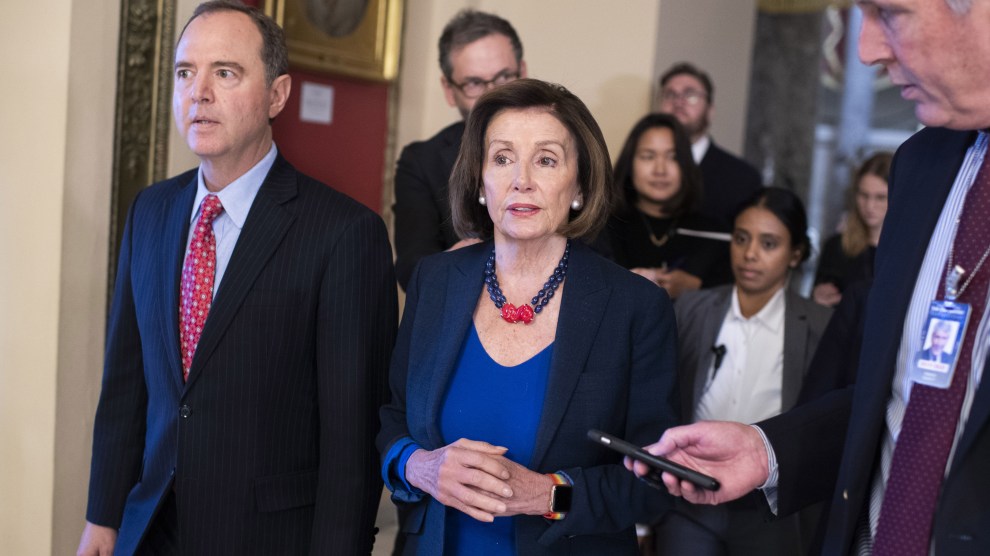 The impeachment resolution proposed earlier this week passed the House of Representatives Thursday by a 232-196 vote with overwhelming Democratic backing, formalizing the impeachment investigation into President Donald Trump.

Republicans for weeks have argued that the impeachment investigation violates due process because the House had not voted to authorize it. Last week, however, a federal judge ruled that the investigation was legal and that Republican arguments to the contrary are not supported by the Constitution. Still, some Republicans are unsatisfied with the vote; Senate Majority Leader Mitch McConnell (R-Ky.) said “it falls way short,” and Rep. Jim Jordan (R-Ohio) said that Democrats were “trying to put a ribbon on an already terrible process.”

The resolution will place the House Intelligence Committee in charge of public hearings and allow the committee to release transcripts of depositions that have already taken place behind closed doors. Intelligence Committee Chair Adam Schiff (D-Calif.) will be able to authorize up to 45 minutes of questioning for himself and for Rep. Devin Nunes (R-Calif.), the top Republican on the committee. Republicans will be able to call witnesses and issue subpoenas, subject to veto by Schiff and committee Democrats, according to Politico.

When the Intelligence Committee finishes hearing witnesses, it will issue a report to the House Judiciary Committee, which will determine which articles of impeachment to write up.