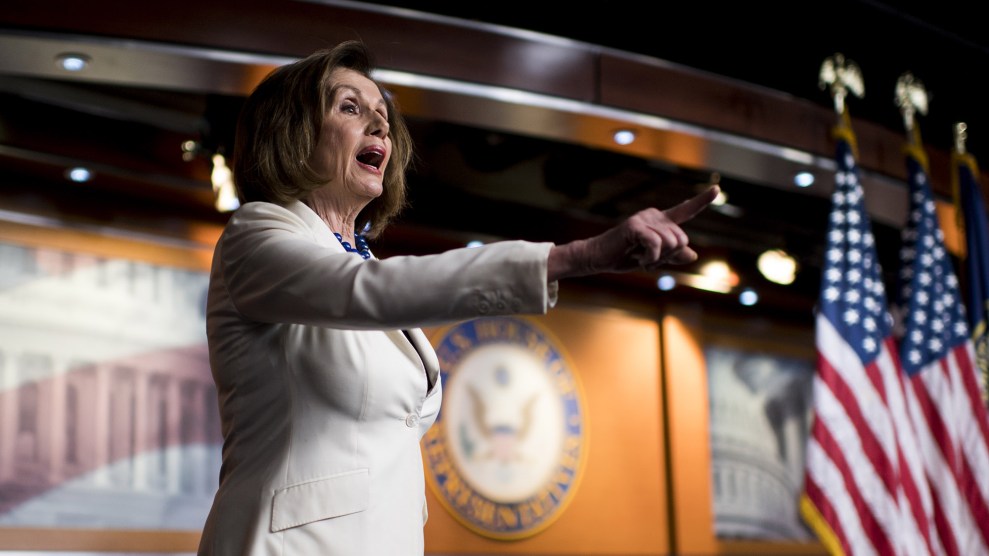 After the Speaker of the House announced the go-ahead for the House to draft articles of impeachment against President Donald Trump Thursday morning, a reporter shouted a question that caught her attention, just as she was about to leave the weekly news conference:

“Do you hate the president?”

The reporter, Sinclair Broadcast Group reporter James Rosen, said that he was following up on Rep. Doug Collins’ (R-Ga.) accusations that the Democrats are pursuing impeachment simply out of contempt for the president. Pelosi rebuffed that notion.

“I think the president is a coward when it comes to helping our kids who are afraid of gun violence,” she said, having strode back to the podium. “I think he is cruel when he doesn’t deal with helping our Dreamers, of which we are very proud. I think he’s in denial about the climate crisis.”

But that, she said, is for the election to decide. “This is about the Constitution of the United States, and the facts that lead to the President’s violation of his oath of office,” she said. “As a Catholic, I resent your using the word hate in a sentence that addresses me. I don’t hate anyone.”

“I pray for the president all the time,” she concluded. “So don’t mess with me when it comes to words like that.”

Nancy Pelosi just had a nervous fit. She hates that we will soon have 182 great new judges and sooo much more. Stock Market and employment records. She says she “prays for the President.” I don’t believe her, not even close. Help the homeless in your district Nancy. USMCA?

Watch the mic drop below:

“Don’t mess with me”: Nancy Pelosi fires back at reporter’s question after impeachment announcement https://t.co/mBVkYR69Vu pic.twitter.com/DUGyGS3OOW