OBAMA AND FDR….Paul Krugman writes today about the New Deal and the American economy:

Now, there’s a whole intellectual industry, mainly operating out of right-wing think tanks, devoted to propagating the idea that F.D.R. actually made the Depression worse. So it’s important to know that most of what you hear along those lines is based on deliberate misrepresentation of the facts. The New Deal brought real relief to most Americans.

That said, F.D.R. did not, in fact, manage to engineer a full economic recovery during his first two terms. This failure is often cited as evidence against Keynesian economics, which says that increased public spending can get a stalled economy moving. But the definitive study of fiscal policy in the ’30s, by the M.I.T. economist E. Cary Brown, reached a very different conclusion: fiscal stimulus was unsuccessful “not because it does not work, but because it was not tried.”

….F.D.R. wasn’t just reluctant to pursue an all-out fiscal expansion — he was eager to return to conservative budget principles. That eagerness almost destroyed his legacy….What saved the economy, and the New Deal, was the enormous public works project known as World War II, which finally provided a fiscal stimulus adequate to the economy’s needs.

I’m curious about something. I’ve read a number of conservatives recently taking liberals to task for thinking that the New Deal fixed the Great Depression. 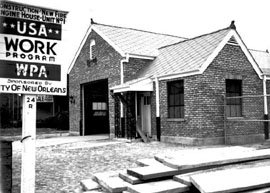 Some of them are the folks Krugman talks about, who like to pretend that the New Deal made things worse, but others are more moderate, insisting only that liberals stubbornly overestimate the macroeconomic impact of FDR’s policies.

But here’s the thing. I’m a liberal and I grew up (academically speaking) in the 70s and 80s. I wasn’t an economics major or a history major, so everything I learned about FDR and the Great Depression came from a bog standard layman’s viewpoint. And the conventional wisdom I learned (apparently based on Cary Brown’s 1956 work, though I didn’t know that at the time) was that although the New Deal was a fine thing that helped a lot of people etc. etc., it didn’t get us out of the Great Depression because, in the end, FDR wasn’t a Keynesian and the New Deal just didn’t provide enough economic stimulus. What got us out of the Great Depression was World War II.

In other words, exactly what Krugman says. But if that’s how I learned this stuff 30 years ago, it’s not exactly a big secret, is it? Surely most liberals do, in fact, know this?

I’m also curious about why conservatives are so enamored with this argument in the first place. After all, the conclusion one draws from it is that the New Deal wasn’t big enough. Hoover shouldn’t have raised taxes, Roosevelt should have spent even more, and deficits should have been even bigger. I can see how they’d like the tax part, but do they really want to convince everyone that the New Deal was too timid? Doesn’t that make the argument for an enormous stimulus to address our current mini-depression all the more forceful?