According to a new Washington Post/ABC News poll, Mitt Romney still isn’t doing well in the “connecting with other humans” department:

Romney got a nice bounce upward after the primary battles ended in April, but he’s started to slide back down over the past few weeks. The only good news for the Romney camp is that although Obama is far better liked than Romney among the general population, the gap is only seven percentage points among registered voters. So there’s that to cling to. 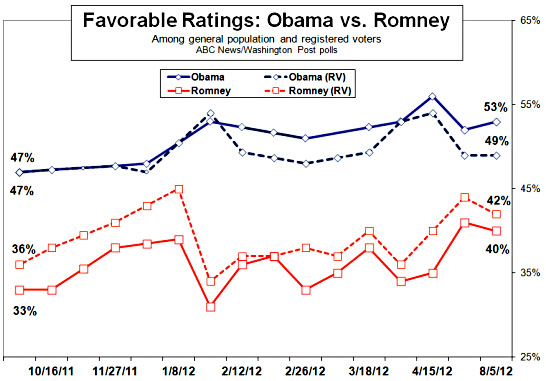