After reading through the Benghazi “talking points” emails and doing some additional reporting, Scott Wilson and Karen DeYoung confirm what’s been pretty obvious for a while now. The House committee that originally asked for the talking points 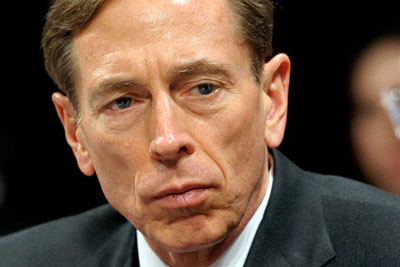 wanted only some basic facts so that no one would mistakenly disclose classified information to the press, but CIA Director David Petraeus—“a master of the craft of media cultivation”—understood the reputational stakes immediately and acted accordingly:

A close reading of recently released government e-mails that were sent during the editing process, and interviews with senior officials from several government agencies, reveal Petraeus’s early role and ambitions in going well beyond the committee’s request, apparently to produce a set of talking points favorable to his image and his agency.

The information Petraeus ordered up when he returned to his Langley office that morning included far more than the minimalist version that Ruppersberger had requested. It included early classified intelligence assessments of who might be responsible for the attack and an account of prior CIA warnings — information that put Petraeus at odds with the State Department, the FBI and senior officials within his own agency.

This was especially galling to the other participants in the review process because (a) the Benghazi annex was a CIA installation and CIA was responsible for its security, (b) the talking points were supposed to be limited to what we knew about the attack, and (c) the whole point of producing the talking points was to avoid endangering the investigation by revealing classified information about suspects and methods.

In the end, as Wilson and Young point out, “The only government entity that did not object to the detailed talking points produced with Petraeus’s input was the White House, which played the role of mediator in the bureaucratic fight that at various points included the CIA’s top lawyer and the agency’s deputy director expressing opposition to what the director wanted.” This entire controversy has been much ado about nothing from the beginning, but if you absolutely insist on singling out a villain, the choice is now pretty obvious. David Petraeus was the Machiavellian manipulator of the narrative here, not Barack Obama.