A few years ago—maybe around 2004 or 2005—I remember walking into a Barnes & Noble1 and being astonished at the overwhelming number of right-wing polemics on display. Sure, it was right around a presidential election, but I strolled around to various tables to count the books and came up with something between 30 and 40. It was pretty breathtaking.

But apparently it wasn’t to last. McKay Coppins reports today that this very success produced a bubble of sorts that inevitably burst. Publishers all dived in head first, starting up conservative imprints and opening up bidding wars for all the top names. Then it came crashing down:

What followed was the genrefication of conservative literature. Over the next 10 years, corporate publishers launched a half-dozen imprints devoted entirely to producing, promoting, and selling books by right-leaning authors — a model that consigned their work to a niche, same as science fiction or nutritional self-help guides….Editors at these imprints 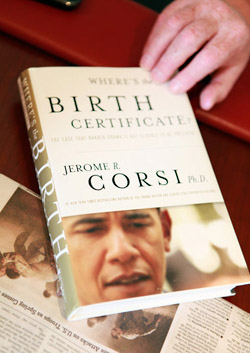 face unprecedented pressure to land cable news and radio provocateurs like Ann Coulter, rather than promote the combative intellectuals, like Allan Bloom and Charles Murray, on whom the business was first built.

“You are left to rely completely on cable and radio [for promotion] and as a consequence of that, you have to provide those ventures the type of material they want,” said [Adam] Bellow, who runs Harper Collins’ conservative imprint, Broadside. “It’s become a kind of blood sport and the most ruthless gladiator comes out on top.”

….The proliferation of conservative publishers has made the economics of their genre much tougher, with an ever-increasing number of books competing for an audience that hasn’t grown much since the ’90s. One agent compared conservative literature to Young Adult fiction, an unsexy niche genre that quietly pulled in respectable profits for years until the big houses took notice, and began entering into bidding wars for promising authors, and flooding the market in a frenzied attempt to find the next Twilight.

I always blamed Barack Obama for the death of conservative publishing, but I suppose it’s all part of the same dynamic that Coppins is talking about. Basically, Obama drove conservatives into such frenzies of hysteria that their books lost the potential to appeal to anyone except the most hardcore dittoheads. I mean, Ann Coulter built a whole career on writing ever more outrageous things in order to get a rise out of liberals, but what can you do when you’re competing with, say, Jerome R. Corsi, PhD? It’s hopeless. He makes Coulter look positively sedate.

When everyone turns the dial to 11, you aren’t a niche anymore. You’re just a crackpot fringe. In this way, the death spiral of conservative publishing is merely a reflection of the death spiral of modern conservatism. It might turn around some day, but by the looks of things, it won’t happen anytime soon.

1B&N was a “brick and mortar” outlet, a category that flourished in the 20th and early 21st centuries. Back then, books were physical objects that had to be “shipped” to “stores.” Potential buyers would drive their “auto-mobiles” to these stores and then walk around to examine the titles in meatspace. When they were done, they would approach “cashiers,” who were employees of these stores, and exchange “money” for volumes that were printed on paper and bound with glue and thread. It was all very complicated and unsanitary, and I can’t really go into all the details in this short space. You can check out Wikipedia on your cerebral implant if you’re interested in learning more.