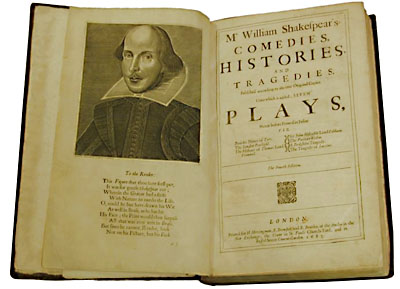 After writing about a common misconception regarding a particular scene in Julius Caesar, Mark Kleiman offers a footnote:

Like many Boomers, I had to read Julius Caesar in the 10th grade; not really one of the Bard’s better efforts, but full of quotable passages and reasonably easy to follow. (As You Like It, by contrast, if read rather than watched, makes absolutely no sense to a sixteen-year-old; I was fortunate enough to see a performance a year or so later, but I suspect that some of my classmates never discovered that Shakespeare wrote great musicals.)

Brutus’s speech would have been a perfect scene to use as an example of dramatic irony. But I doubt my teacher had any idea what the passage was about, and the lit-crit we read as “secondary sources” disdained anything as straightforward as explaining what the play was supposed to mean or how the poet used dramatic techniques to express that meaning.

This was my experience too, but in college. I remember enrolling in a Shakespeare class and looking forward to it. In my case, I actually had a fairly good high school English teacher, but still, Shakespeare is tough for high schoolers. This would be my chance to really learn and appreciate what Shakespeare was doing.

Alas, no. I got an A in the class, but learned barely anything. It was a huge disappointment. To this day, I don’t understand why Shakespeare seems to be so difficult to teach. Was I just unlucky?