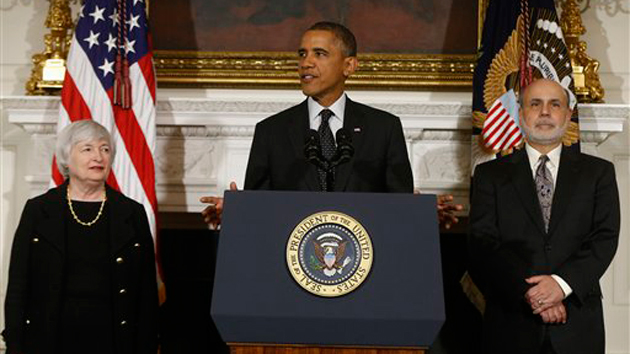 Steve Benen evaluates recent economic news by the standards of Republican promises from two years ago:

Is this fair? Meh. Maybe, maybe not. But there’s not likely to be a whole lot of news to blog about today, so why not poke holes in some Republican balloons instead? As Benen says, “By the party’s own standards, Obama is succeeding beautifully. They established the GOP benchmarks and now the Democratic president is the one meeting, and in some cases exceeding, the Republicans’ goals.”

The downside of all this is that in the past Democrats haven’t promoted their own economic policies plainly enough to get credit now that the economy has finally turned around. Republicans, by contrast, simply cut taxes and then loudly and relentlessly repeat their promise that the economy will improve. Eventually it does, of course. Maybe not a lot, and maybe not for long, but economies always improve eventually. If Kansas ever manages a quarter or two of decent growth, for example, you can be sure that Gov. Sam Brownback will be crowing about it for the rest of his political career.

To some extent, of course, Democrats were stymied in their economic policy, which gave them less to brag about back in 2009. And five years is a long time to wait for a recovery. Still, Dems did pass a stimulus; enact a payroll tax holiday; extend unemployment benefits; pass Obamacare; reform Wall Street; raise taxes on the rich; and pass several jobs bills. It’s true that this laundry list doesn’t quite have the simple oomph of “Tax cuts will bring the economy roaring back to life!” But it is an economic program, and eventually it got us to where we are today: a pretty good recovery, and one that looks like it might be sustainable since it’s not built on the sandy foundations of tax cuts and deficits. Democrats should be louder about demanding more credit for all of this.