In a perfectly competitive world, firms ought to exploit […] cheap borrowing costs to add profitable new capacity and products, until all the added competition pushes profits down. That’s not happening.

….The main reason companies are reluctant to invest is that economic growth has been sluggish….Yet companies may also feel less compelled to invest because they face less pressure from competitors….Across the country, the rate of new-business formations has been trending down for decades.

….While the most comprehensive data on market concentration is available only until 2007, it supports the picture of ebbing competitive vigor. That year, the four biggest firms controlled at least half of the market in 40% of individual manufacturing sectors, up from 30% in 1992, according to Rineesh Bansal of Deutsche Bank: “The story of American business over the last generation…is one of declining competition.”

…..What could explain growing market concentration? John Kwoka of Northeastern University says that in the past 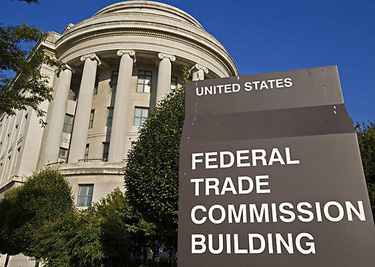 20 years, the Federal Trade Commission has become less likely to challenge mergers in industries with five or more big competitors, while maintaining stiff scrutiny where just a handful of competitors prevail.

As Ip says, the main reason for weak investment and slow startup growth is the sluggish state of the economy. But that only explains the past few years, and these trends have been going on for decades.

I remain uncertain about why there are so many fewer startups than there were 30 or 40 years ago. Some of it may be simply less demand for mom-and-pop businesses like restaurants and dry cleaners as chains have gobbled up more and more market share. Some of it may be increased regulatory barriers of various kinds. Some of it may be that outside of glamorous places like Silicon Valley, where VC money reigns supreme, ordinary bank loans to start a small business are harder to come by. I’m just not sure. I’ve read a number of reports about this phenomenon, but they typically show little except the gross numbers. There’s simply not enough detail broken out to come to any firm conclusions.

Consolidation among big companies is a little easier to explain. There have always been incentives for big companies to merge, and those incentives are probably even stronger in an economy where competition is global. Still, in the past there was a strong pushback against that trend from antitrust authorities. That changed a few decades ago when Robert Bork convinced everyone that reduced competition per se wasn’t a problem. As long as a merger would benefit consumers, it should be allowed.

That’s a seductive argument, but I suspect it’s lethal in the long run. If you look at the history of innovation over the past couple of centuries, there’s little question that fear of competition—from both startups and from mature competitors—has been a key ingredient. If you let competition degrade, even with the best of intentions, you’re going to pay for it eventually—and “eventually” may come sooner than you think. In fact, those chickens are already coming home to roost, and things are only going to get worse if we don’t (a) start getting serious again about antitrust and (b) figure out why startup activity has declined. A dynamic economy needs both.