Here is your chart to ponder today. It shows the total level of world trade: 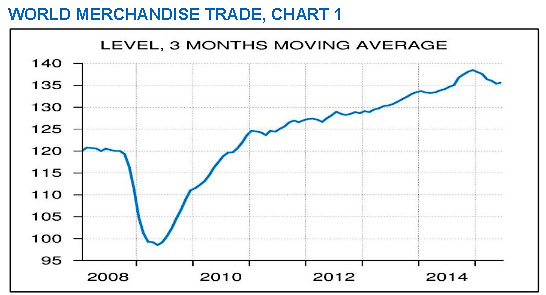 You can see the huge dip during the 2008-09 recession, followed by a steady recovery. Until this year, that is. During the past six months, world trade has declined by about 2 percent.

Most of this loss was made up in June, but monthly figures are volatile and June could be just a temporary artifact. Time will tell. Most likely, this is yet another indication of a weak global economy, one that’s going to get even weaker if China’s recent troubles portend a genuine recession.