Here is Donald Trump on who he listens to regarding economic issues:

Honestly, I feel that I have such a vast feeling for it that I really—you know, Milton Friedman was good—but I don’t really listen to anybody. I just put it in and I have a feeling for, it’s almost common sense, it’s a business instinct.

Translation: Milton Friedman is the only conservative economist he can think of. And he probably wouldn’t listen to the guy if he were still alive anyway. 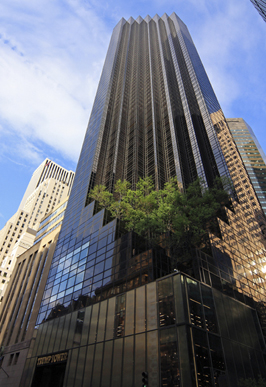 Why mess with his killer instincts?

Which raises two questions. First: How good a developer is Donald Trump? Seriously. My sense is that he’s about a 5 on a scale of 1-10. He’s had some successes, he’s had some failures, and he seems to have found a decent—but hardly dazzling—niche in golf resorts. Overall, he started with a lot of money and has since grown his business at roughly the rate of the economy. Not bad, but nothing to crow about.

And second: why is it that we seem to have heard nothing about Trump from other developers? They’d have the best read on how good he really is, after all. If he were truly brilliant, I figure he would have been soliciting testimonials all over the place. I haven’t seen any. But if he’s a second-rater with a big mouth, I figure we would have heard that too. But I haven’t. I haven’t really heard anything. Do developers not like to talk smack about each other because they never know where their next deal might come from? Do they just generally shun publicity? Do they genuinely not know much about Trump because he doesn’t really do much business these days aside from golf courses, branding deals, and TV shows?

What’s the deal here? Trump must have a reputation within the New York developer community. So what is it?