Let us continue our year-end search for random things to write about because nothing important is happening. Did you know that the number of twin births has been rising steadily for the past three decades? It has. And the number of triplet births skyrocketed through 1998, but has been dropping ever since. 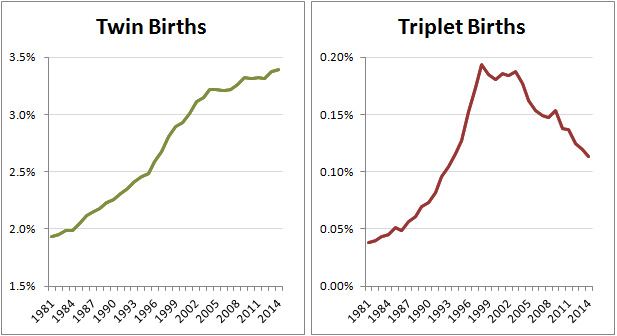 Interestingly, blacks have the highest twin rate and Hispanics have the lowest. For triplets, whites have the highest rate—probably because the triplet rate is influenced by expensive fertility treatments, which whites are more able to afford than others. Other statistics for 2014: