Why are men quoted so much more often than women in news stories? Amanda Taub notes a couple of obvious points today: men tend to cite other men disproportionately, and there are way more men in senior positions than women. This makes it hard even for a well-meaning 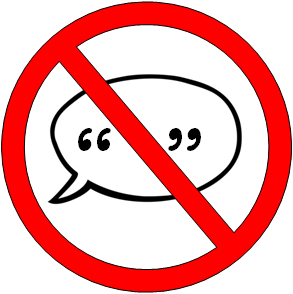 journalist to achieve anything close to gender balance in her reporting.

But there’s another problem:

Research shows that men tend to be more confident in their opinions and less worried about being publicly wrong….That’s a dynamic I’ve encountered in my own reporting again and again: Women I interview are much more cautious about hewing closely to their own research and area of expertise, and much more likely to insist on speaking off the record when making a controversial or critical argument. My male sources, on the other hand, are much more willing to freely hold forth on whatever I ask about, confident that whatever opinions they might have are useful enough to share with my readers.

The result is often that female experts give me little information beyond what I already know from reading their published work — and that the men’s quotes are the ones that survive final edits.

There are times when I think we could just replace the entire literature of gender politics with the simple phrase “Men are pigs,” and we probably wouldn’t lose much. But I suppose that’s unfair.

Journalists should use the quote crutch a lot less than they do. The fact that men are willing to spill forth volubly on whatever crosses their minds doesn’t mean you have to put it in print. Unless it offers something genuinely new, just skip it and write in your own words instead. This also forces you to decide what you really want in your own words, instead of dropping in a quote that happens to say what you wanted to say all along, but weren’t allowed to because it would constitute an opinion.

If anything, I’m railing against an even more intractable problem than sexism. Journalism is aimed at people, and people like to hear what other people have to say. Beyond that, quotes demonstrate that you’ve been working the phones and doing real reporting. So there’s not much chance of reducing journalism’s love affair with quotes that do little except to provide color. But it’s worth a try.

POSTSCRIPT: I shouldn’t have to say this, but I will anyway: I’m not talking about every kind of journalism here. If you’re writing a profile, you’re going to use lots of quotes. If you’re writing a man-in-the-street roundup, you’re going to use lots of quotes. There are plenty of times when quotes are useful and appropriate. I just suspect that it’s less often than most reporters think.