After I wrote my Thursday post on 401(k) plans, I got a fair amount of pushback. Essentially it boiled down to “What’s so good about them compared to old-style pensions? Why not just get rid of them and expand Social Security instead?”

The answer to the second question is simple: 401(k)s are meant as supplements to Social Security. If we want to expand Social Security, that’s fine. But that’s 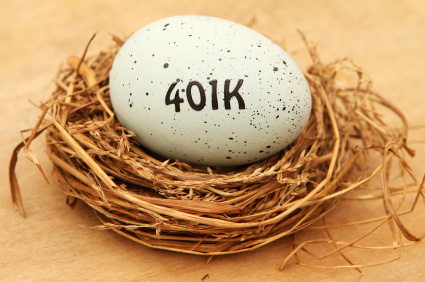 no reason not have additional options to save privately for retirement.

Fine. But why 401(k)s? What is so good about them? The basic answer, of course, is that they’re set up to encourage monthly contributions in a hassle-free way and the money you contribute is tax-deferred. Beyond that, though, there are several advantages that a 401(k) plan has over a traditional pension. Here are five:

Nothing in life is perfect. There are also advantages to old-style defined-benefit pensions, as well as to a simple expansion of Social Security. And 401(k)s require workers to shoulder more responsibility for figuring out how to invest their savings. They also have to shoulder more of the risk of market downturns.

Nonetheless, 401(k)s aren’t bad. The 2006 Pension Protection Act improved them by allowing employers to sign up workers automatically (they can opt out if they want), and this has significantly increased the number of workers who participate. It’s especially raised the number of low-income workers who participate. The PPA also allowed employers to automatically increase the contribution rate over time (again, workers can opt out), which promises to make 401(k)s more substantial retirement vehicles. It also encouraged the use of low-fee lifecycle funds that make riskier investments when you’re young and slowly switch to safer investments as you get closer to retirement.

All of these things have improved the 401(k) landscape. The economic recovery has too: a lot of the scare stories about 401(k) plans were based on using data through 2011 or 2012, which meant choosing an end date literally in the middle of the worst recession since World War II. That’s cherry picking of the worst kind. 401(k) plans were bound to recover within a couple of years, and they did. If you look at data through 2014 or 2015, average 401(k) returns look pretty good. When it comes to retirement funds, you have to look at the long term, not just the best or worst years.