OK, wait. What really happened today with the Supreme Court’s non-decision in the contraceptive mandate case? I based my post this morning on a Washington Post story by Robert Barnes that said the court “declined Monday to decide challenges” to the case and quoted the court’s order confirming that it “expresses no view on the merits of the cases.”

But David Savage of the LA Times scores it a win for the government: “The Supreme Court on Monday announced a compromise ruling on contraceptives that clears the way for women working for religious organizations to receive the 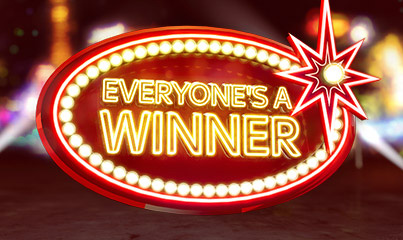 Conservative David French disagrees: “Although the Court didn’t rule on the merits of the case, the Little Sisters won a significant victory….The Supreme Court vacated the lower court ruling holding that the Little Sisters had to facilitate access to contraceptives….Speaking as a person who’s argued a few cases in courts of appeal — when the court vacates the ruling you’re challenging, that’s a win.”

Dahlia Lithwick, it seems, called this one right: “Both sides will claim victory Monday. Women will not lose the right to contraception and the Little Sisters will not pay massive fines.”

What accounts for this? Well, eight out of nine appeals courts had ruled in favor of the contraceptive mandate. So by doing nothing, the government temporarily wins 89 percent of its cases. Not bad! On the other hand, the Supreme Court did also vacate the Tenth Circuit ruling against the Little Sisters of the Poor, so they temporarily won their case too. The Lord taketh away, and then the Lord giveth.

So now what? I’m confused. The court had vaguely suggested a compromise that wouldn’t require the Little Sisters to affirmatively notify the government that their insurance plan didn’t cover contraceptives—something that amounted to a tacit collaboration with evil since it would kick off a process that ended up distributing contraceptives. Instead, all they had to do was buy an insurance plan that didn’t include contraceptive coverage, and that was that. Their insurance company would then inform the feds and arrange for separate contraceptive coverage without involving the Sisters in any way. “Both petitioners and the Government now confirm that such an option is feasible,” the court’s order says.

The order correctly anticipated that the alternative process it posited would not work for the many employers with self-insured plans….Accordingly, to relieve self-insured employers of any obligation to provide contraceptive coverage while still ensuring that the affected women receive coverage without the employer’s involvement, the accommodation establishes a mechanism for the government to designate the employer’s TPA as a “plan administrator” responsible for separately providing the required coverage.

….The government’s designation of the TPA must be reflected in a written plan instrument. To satisfy that requirement, the accommodation relies on either (1) a written designation sent by the government to the TPA, which requires the government to know the TPA’s identity, or (2) the self-certification form….Self-insured employers could not opt out of the contraceptive coverage requirement by simply informing their TPAs that they do not want to provide coverage for contraceptives.

When it comes to the court’s proposed compromise, it looks to me as if the government decidedly didn’t “confirm that such an option is feasible” in the case of self-insurers. One way or another, self-insurers still have to notify somebody that they don’t want contraceptive coverage, and that means the notification comes from the organization itself. But if they have to do that, why not just fill out the form they’ve been complaining about from the start? Notification is notification.

In the end, I suppose I go back to the whole “punt” view of this case. A bunch of appeals courts will now spend years hashing this out, with access to free contraceptives available in some places but not in others. Then, sometime down the road, this whole mess will end up back at the Supreme Court. So I guess the question of which side won depends on who you think is going to win November’s election. A continuation of Obamacare and the confirmation of a liberal justice to replace Scalia would certainly make the feds a winner. A repeal of Obamacare and the confirmation of a conservative justice would make the Little Sisters a winner. Place your bets.