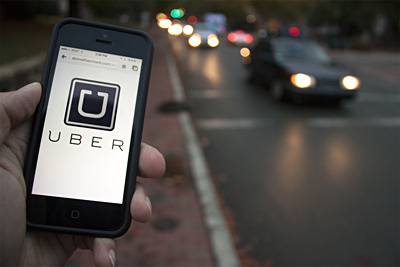 Adam Ozimek is dismayed by progressive excitement over the regulation of Uber in the city of Austin:

There’s a lot of celebrating in some corners about Austin’s recent passage of a law mandating that ridesharing companies like Uber fingerprint their drivers….Amazingly, many aren’t trying very hard to hide the fact that they aren’t mostly concerned about whether this policy is a good idea!…I find this celebration a little puzzling given that we are just now beginning to exit the era where local taxi regulations were almost everywhere an embarrassing milieu of cronyism designed to protect politically powerful incumbents who offered shoddy service. The history of local taxi regulation should be an embarrassment, not a model we celebrate our inability to escape from.

….It’s very interesting how many erstwhile progressives have shown little concern for the rights of those who have been accused of a crime, and the disproportionate impact of a policy on minorities, in just this circumstance. Too excited by the prospect of local government regulating a rich tech company, there has been little time to consider these traditional progressive worries.

This might be true. And I certainly can’t speak for all progressives. But I’d offer a couple of counterpoints:

Overall, I’m a fan of Uber. They provide a great service, and breaking up the taxi cartels is almost certainly a boon to Americans everywhere. At the same time, they’re not a startup anymore. They’re a multinational, multi-billion dollar corporation that needs to accept public oversight in the areas of employment law, safety regulation, and reasonable licensing. They don’t seem very willing to do this, and sometimes the public needs to fight back and win.